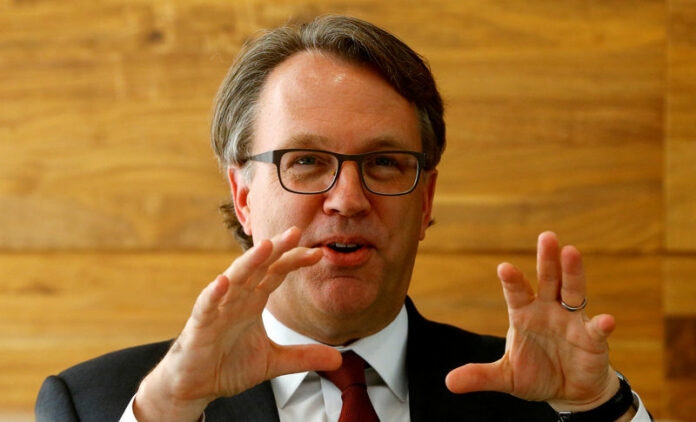 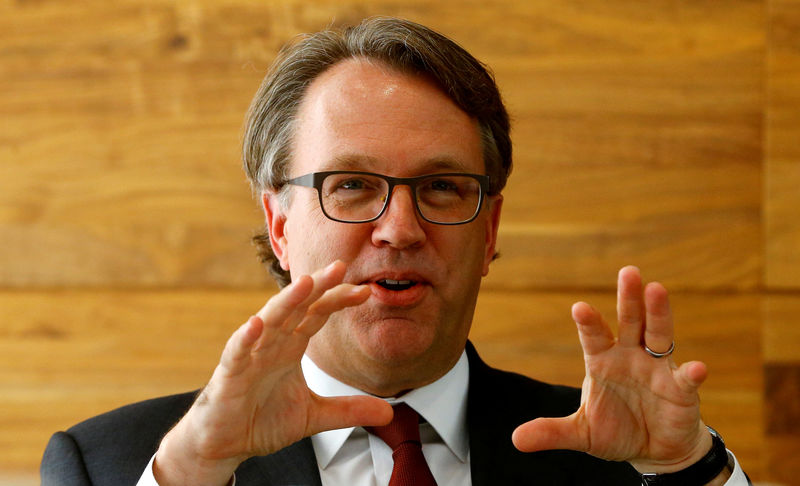 NEW YORK (Reuters) – New York Fed President John Williams (NYSE:) on Tuesday said he was comfortable with the level U.S. interest rates are at now, and sees no need to raise them again unless growth or inflation shifts to an unexpectedly higher gear.

In an interview with Reuters, Williams estimated the Fed would continue trimming its bond portfolio well into next year. He also said he felt rates had reached his current view of a lower “neutral” level, with growth and unemployment leveling off and inflation, if anything, a bit weaker than hoped for.

Asked if it would take some sort of shock to resume rate increases, he said it would require one or more of those factors to surprise to the upside.

“I don’t think that it would take a big change, but it would be a different outlook either for growth or inflation” to return to hiking rates, Williams, one of the Fed’s three vice chairs and a key voice on rate policy, told Reuters.

Williams’ comments, made just weeks after the central bank paused its once quarterly rate hikes, underscore just how high the bar would be for tighter monetary policy, and suggest that such a move may not come anytime soon.

The Fed could also keep levels of bank reserves on its books that are far closer to current levels than previously thought, Williams said.

Along with its rate-hike holiday, Fed policymakers are currently finalizing plans on how they would end the reduction of their balance sheet, which includes holdings of bank reserves bulked up in part by the Fed’s need for cash to buy bonds to halt the global financial crisis a decade ago.

Williams estimated the so-called balance sheet rolloff could end when bank reserves get to “maybe $1 trillion of reserves or somewhat more than that,” about $600 billion less than current levels. That implies the runoff would continue at least into next year at its current pace.

The figure is “a guess today of the amount of reserves that will be held in the system in the future – but again we are learning and will get a finer touch on that,” he said.

Williams, who is vice chairman of the rate-setting Federal Open Market Committee and votes when that group meets, said policymakers are “in a very good place” on policy, with rates around neutral, the U.S. economy in a strong place and pressures on prices subdued.

“Monetary policy is where it should be,” he said. “It’s around my view of what neutral interest rates are.”

After its most recent meeting, Fed policymakers signaled their three-year drive to tighten monetary policy may be at an end due to a suddenly cloudy outlook for the U.S. economy, a global growth slowdown and impasses over trade and government budget negotiations.

The Fed increased interest rates three times in 2017 and four times last year, pushing them up to 2.25 percent to 2.5 percent at its final 2018 meeting in December.

Further details on that policy meeting at the end of January are expected when the Fed releases records from its deliberations on Wednesday.

The Fed’s balance sheet ballooned to over $4 trillion in the wake of the 2007-09 recession but policymakers began trimming its bond holdings in the final months of 2017.

Further details on that policy meeting at the end of January are expected when the Fed releases records from its deliberations on Wednesday.