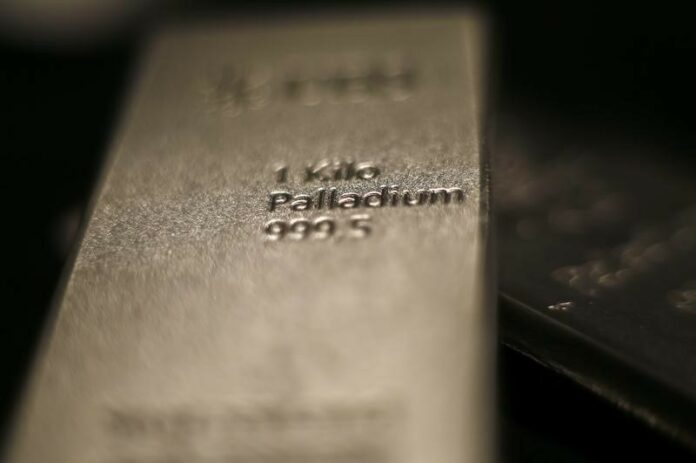 Investing.com – The crown moves over again to the white metal.

Palladium, used as a precious metal in jewelry since 1939 as an alternative to platinum in the alloys called white gold — and more importantly, in recent years, as an emissions purifier and catalyts in gasoline-powered cars — hit record highs of nearly $1,500 an ounce on Tuesday.

Gold moved higher as well, hitting 10-month peaks on the back of a weaker dollar and global growth worries. But the yellow metal traded at a discount of nearly $150 an ounce to palladium.

Palladium also moved further north of platinum, with its ratio to its sister metal rising to 1.7, well above levels at which auto catalyst producers would be willing to switch between the two metals, those who track the industry say. Platinum is an exhaust purifier and catalyst for diesel-powered cars, sales of which have fallen since Volkswagen’s (DE:) emissions-rigging scandal in 2015.

Bank of America Merrill Lynch (NYSE:) said in a note that it expected palladium to go even higher but warned investors to “get ready for more volatility”.

It added that while substitution toward platinum may happen, “it can be slow to evolve, also because it takes time to re-engineer catalysts”.

Inventories of palladium in warehouses in Switzerland, typically the residual palladium market, are well below the highs seen a few years ago. Similarly, stocks at Chicago Mercantile Exchange warehouses have drawn for years and are now depleted.

Tight supplies have led to the remarkable anomaly of falling assets under management at physically backed ETFs at the same time as prices rallied. Sticking with inventories, top palladium producer Norilsk Nickel has also managed its stockpiles diligently, preventing a glut.