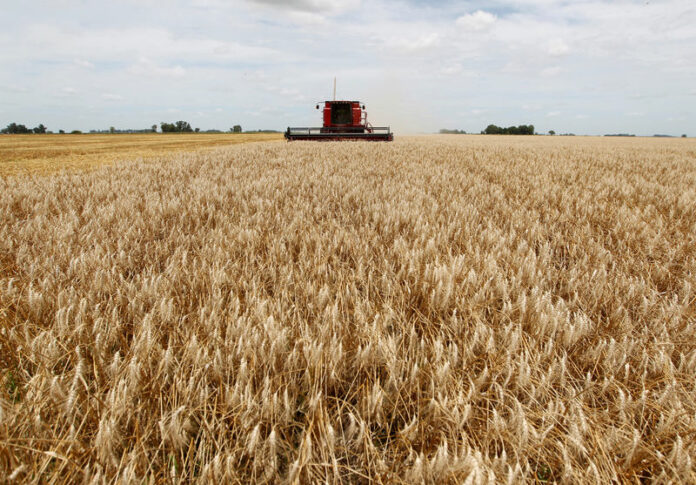 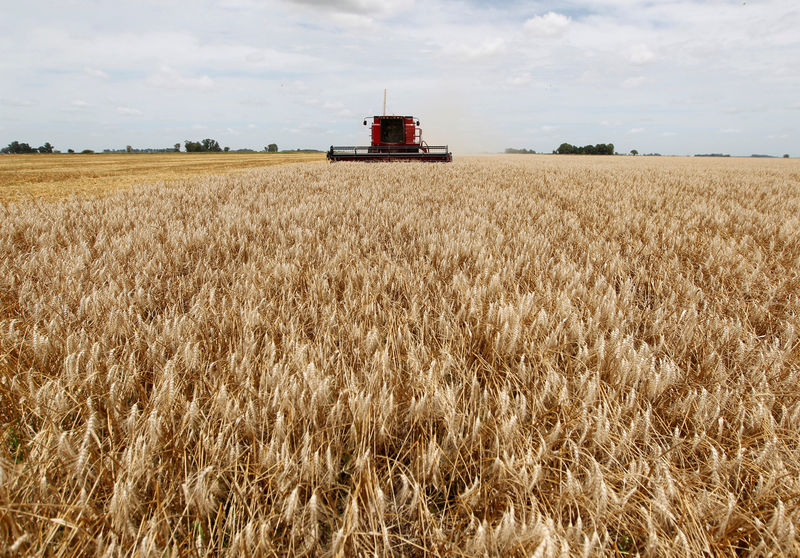 © Reuters. FILE PHOTO – Combine harvester is used to harvest wheat in a field in the village of General Belgrano

(Reuters) – Asian wheat millers are snapping up cargoes of the grain from Argentina to arrive in the first-half of the year, typically peak-export season for traditional supplier Australia where a second year of drought is hitting production.

Large volumes of exports to Asia from Argentina could further chip away at Australia’s dominance of the region’s wheat supply, which has already been eroded by growing Black Sea shipments over the past few years.

Indonesia, the world’s second-largest wheat importer, has booked close to 1 million tonnes of Argentinian wheat for arrival between February and April, while Malaysia and Vietnam have also contracted shipments, according to estimates from two Singapore-based traders who were involved in some of the deals.

“It is for the first time we are seeing such large volumes of wheat coming from Argentina,” said one of the traders, who did not want to be identified as he was not authorized to speak to media.

“This is largely because Australia is absent from the market.”

Argentinian wheat with 12-pct protein has been traded in Asia at around $255-$265 a tonne, including cost and freight (C&F). That compares with similar quality Australian grain quoted around $300 a tonne C&F to Asia.

Asia is the world’s biggest wheat consumer and importer.

Australia’s wheat production fell to an 11-year low during the 2018/19 season, the country’s chief commodity forecaster said this week, after an east coast drought wilted crops in the world’s No. 4 exporter.

Output totaled 17.3 million tonnes, down from 21.24 million tonnes a year earlier, the Australian Bureau of Agricultural and Resource Economics and Sciences said in its final tally for the recently harvested crop.

Chicago wheat prices rose on Wednesday after falling for the last three sessions to their lowest since late October on concerns over poor demand for U.S. supplies.

“We expect wheat from Argentina to dominate in Asia until April or May, after which U.S. wheat will be the key origin supplying wheat,” said the second trader.