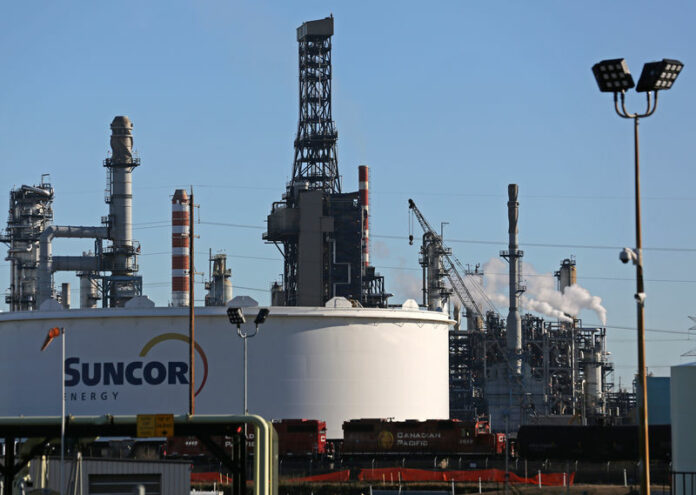 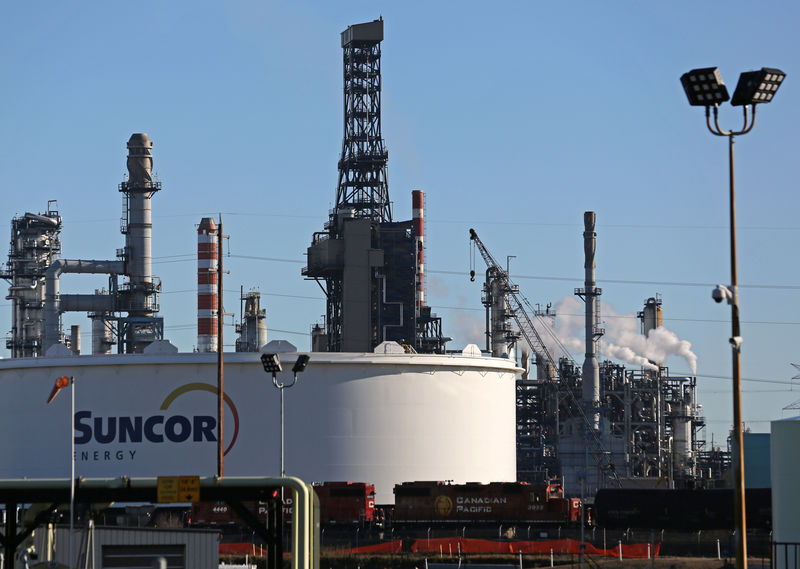 By John Tilak and Fergal Smith

The move is also seen by some as a wager the energy sector could benefit from a change in the guard in Canada’s oil-rich Alberta province, which has an election this year.

Its re-entry is seen by analysts as a validation that Canada’s biggest oil and gas company has catalysts – such as a new incoming CEO and the eventual removal of Alberta oil curtailments – that could propel the stock higher.

Berkshire has not publicly discussed its reasons for its recent investment in Suncor, and did not comment when reached by Reuters.

While a bet on Suncor is not seen as a play on the entire industry, major Berkshire shareholder Warren Buffett’s stature as a value investor is expected to prompt other funds to wade back into the Canadian energy sector.

“People always pay attention when Warren Buffett makes a play, and I don’t think it will be any different this time around,” said Mike Archibald, associate portfolio manager at AGF Investments Inc.

“It’s a great signal that foreign capital is starting to flow back to Canada as this will ultimately be the main driver of stock prices.”

Investors and some foreign majors have shunned Canada’s oil patch in recent years due to high production costs, environmental concerns, and difficulties moving crude due to clogged pipelines.

Berkshire has largely avoided big-cap energy stocks with the exception of an investment in Exxon Mobil Corp (NYSE:), which it owned for more than a year before selling the more than $3 billion stake in late 2014 as oil prices fell.

Suncor, however, is positioned to weather more adverse market conditions than many producers because it owns refineries and has committed pipeline space, allowing it to access U.S. markets.

“Berkshire is typically a countercyclical value investor, so we are not surprised the interest was renewed in a name like Suncor,” said Cavan Yie, portfolio manager at Manulife Asset Management, which manages about $364 billion in assets. Suncor is one of his largest positions.

“Suncor is somewhat insulated from these risks given the fact that they have a strong downstream operation, which financially benefits from oil bottlenecks and that is unique to Suncor, which you can’t get with many other companies in the energy space.”

Suncor shares are up 23 percent year-to-date giving it a $54.6 billion market value, compared with 11 percent for the Toronto Stock Exchange 300 Composite Index.

Buffett has found an “attractive entry point for an out-of-favor sector” and a “good high-quality company that is industry leading”, said Brian Pow, vice president of research and equity analyst at Acumen Capital Finance Partners.

In another Canadian investment, Buffett bought into Home Capital in 2017 when the Canadian alternative mortgage lender was under pressure and made a big profit by largely exiting the position late last year.

Some investors are betting that a change in government in Alberta after a spring election could benefit the oil industry. The governing New Democrats have taken big steps to help the industry, including leasing rail cars this week to move oil, but badly needed pipelines remain stalled due to opposition from environmentalists.

“While a new governing party may not change the actual end outcomes of the pipeline discussion, it may provide some optimism that a new set of solutions will be pursued,” AGF’s Archibald said.