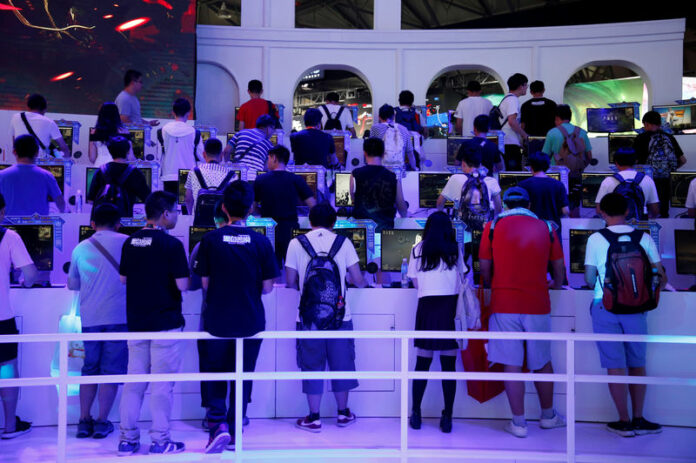 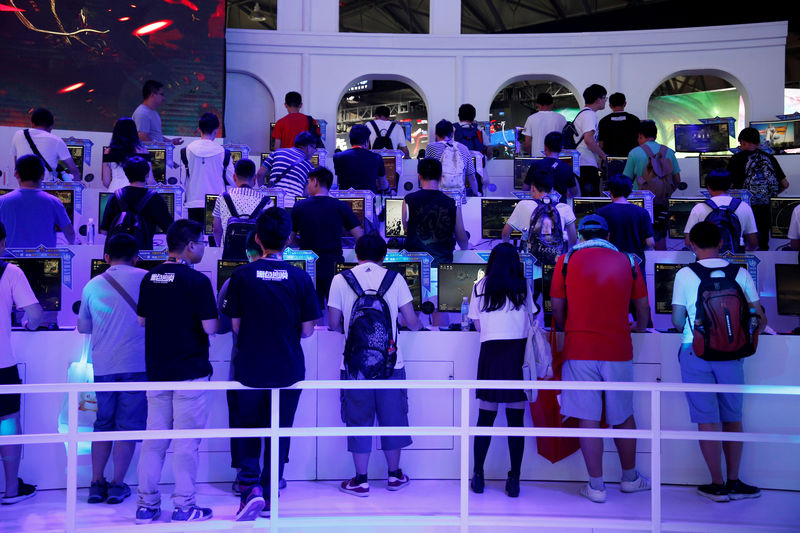 By Pei Li and Brenda Goh

BEIJING/SHANGHAI (Reuters) – China’s top content regulator has asked local authorities to stop submitting requests to monetize new video games, while it processes a backlog of applications built up after a lengthy pause last year, three people with knowledge of the matter said.

The General Administration of Press and Publications (GAPP) issued the notice this week, the people said, indicating the impact on gaming stocks of the nine-month hiatus could continue and dulling hopes raised by the recent resumption of approvals.

The regulator’s notice has not previously been reported.

Shares of industry leader Tencent Holdings Ltd were up 0.3 percent at midday, pulling back from the 2.2 percent gain they were trading at before the Reuters report. Shares of smaller players also slid, with a decline of as much as 5 percent at Yoozoo Games Co Ltd.

China stopped approving the monetization of new titles last March amid a regulatory body reshuffle triggered by growing criticism of games for being violent and addictive, as well as concern over the increase in myopia among young people.

Gaming firms such as Tencent – China’s most valuable listed company – were able to continue filing applications, building up a backlog. They could also distribute new titles but were unable to earn any income from them, such as through in-game purchases.

The regulator resumed processing applications in December, with industry insiders estimating at least 5,000 games awaiting approval. In China, game companies file applications to local authorities which in turn submit them to the regulator.

“The regulator asked local authorities to stop submitting applications because there is too much of a backlog for it to deal with at the moment,” said one of the people, whose company was informed about the matter by its local authority. The person said the request was made to local authorities nationwide.

Game companies will still be able to file applications to local authorities but they will no longer be passed on to the central regulator while it deals with applications already in hand, said a second person.

The people declined to be identified as they were not authorized to speak with media on the matter.

Tencent, GAPP and the Propaganda Department of the Communist Party of China, which oversees GAPP, did not respond to requests for comment.

The approval freeze dragged down shares in Tencent and wiped billions of dollars off its market value. Among titles for which Tencent is awaiting a license to monetize is “PlayerUnknown’s Battlegrounds Mobile”, which industry insiders estimated could generate annual revenue of up to $1 billion.

The freeze has also hit many smaller companies that rely on a number of game releases each year.

“It will be a big let down to a revitalized industry if the delay to licensing continues for any significant period of time,” said Lisa Cosmas Hanson, managing partner of video games consultancy Niko Partners. “Hopefully the halt is merely procedural and the licensing process will return to normal swiftly.”

“Generally speaking the whole industry is frightened. There is no sign that regulators will loosen their control,” said Beijing-based tech analyst Li Chengdong. “Investors are worried about the red line and risks here.”