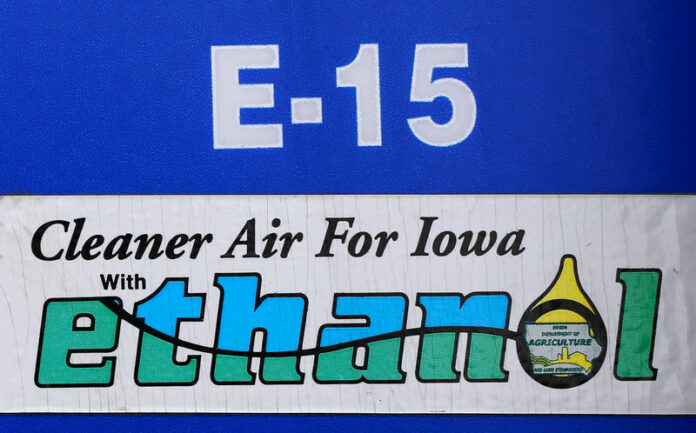 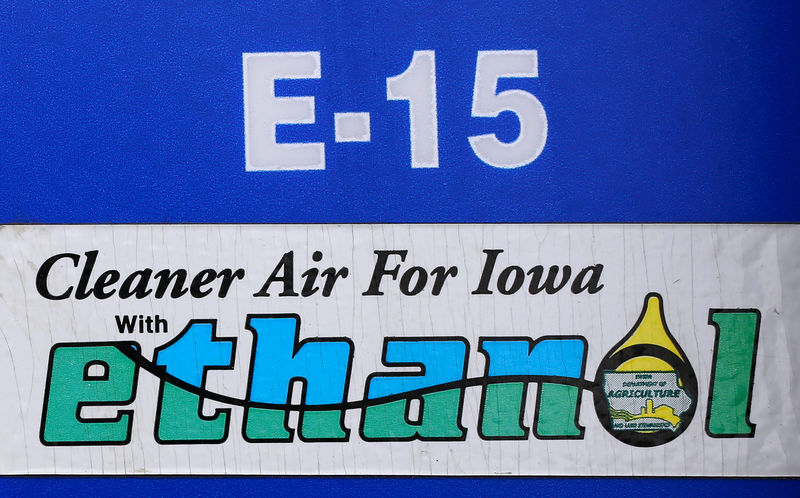 © Reuters. FILE PHOTO: A gas pump selling E15, a gasoline with 15 percent of ethanol, is seen in Mason City

ORLANDO, Fla. (Reuters) – Kinder Morgan Inc (NYSE:) will expand barge-loading capacity at its ethanol terminal in Chicago to help relieve a supply glut there that is driving down global prices for the biofuel, three people briefed on the company’s plans told Reuters.

Tens of thousands of barrels of ethanol change hands at the Kinder Morgan Argo terminal daily, and prices there are used as the benchmark for deals across the country, and are also baked into international contracts.

Trade at the terminal has come under scrutiny, however, after one of the world’s largest commodities merchants, Archer Daniels Midland Co, switched from its typical role as a buyer in late 2017 to a big seller, flooding the hub with ethanol and helping drive the price to near-record lows.

ADM declined to comment on its commercial activity but said in a statement its “ethanol trading practices are proper and compliant with all laws and regulations.”

Because the Argo hub has a limited capacity to ship barrels out, many of ADM’s rivals are now struggling to find ways to get their product to coastal markets where prices may be higher. Several ethanol plants have idled or shut altogether.

The situation has added pain to a critical Midwest agricultural industry that is already struggling with a loss of export markets due to the U.S. trade war with China, and mixed signals from the Trump administration on its support of the nation’s biofuel laws.

Kinder Morgan told traders at an industry conference in Orlando, Florida last week that it plans to help by at least doubling the number of ethanol barges that can load and unload at its two existing Argo docks, possibly by the end of the year, three sources briefed on the meetings told Reuters.

It will also build a new 50,000-barrel storage tank at its Stony Island facility near Argo, which loads and unloads ethanol trains, the sources said.

The increased capacity should help reduce the chances of a big supply glut at the 1.3-million-barrel storage hub.

“If you can send barrels in faster than you can take out, then you can drive down the price faster and for a longer period. This will help equalize that and level the playing field,” said one ethanol trader.

Train flows into the terminal run fairly smoothly as tank cars can wait outside of Chicago before unloading, but bottlenecks at the slower-moving docks have significantly delayed efforts to move ethanol out, traders said.

In the past, Kinder Morgan has proposed expanding capacity but wanted producers and trading houses to help fund it through long-term contracts.

Not this time, traders said.

“I think they know people are upset and they want to make sure they retain their customer base,” said another trader.

ADM’s heavy selling into Argo has also prompted its rivals to seek other changes to how the Chicago market works.

Huge U.S. ethanol producer POET LLC, for example, has asked the CME Group Inc (NASDAQ:) to change the way it prices a key swap contract that is settled based on the cash market at Argo. POET argued that the connection to Argo made the swap contracts prone to manipulation.

Also Argus Media met with a number of traders earlier this month in Houston to gauge interest in establishing a new cash benchmark that would rival the existing one set by S&P Global (NYSE:) Platts, sources tell Reuters.

ADM can produce roughly 1.6 billion gallons of ethanol annually, about 10 percent of U.S. capacity. Despite its massive production, it has often been a buyer on the cash market to supplement its long-term supply deals or to support a market view, dealers said.

The Illinois-based global commodities powerhouse accounted for roughly 70 percent of the ethanol sold at the Chicago hub late last year, according to the data reviewed by Reuters.

Previously, ADM had been a regular buyer: In September and October of 2017, for example, ADM bought 810,000 barrels, 32 percent of the 2.495 million total trades in the Chicago hub during that stretch, according to the data.