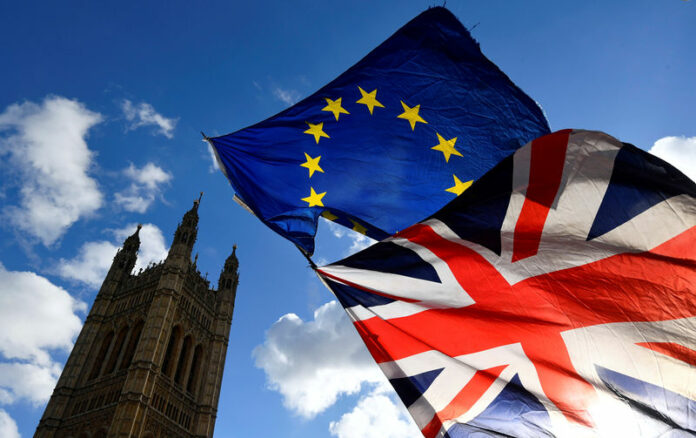 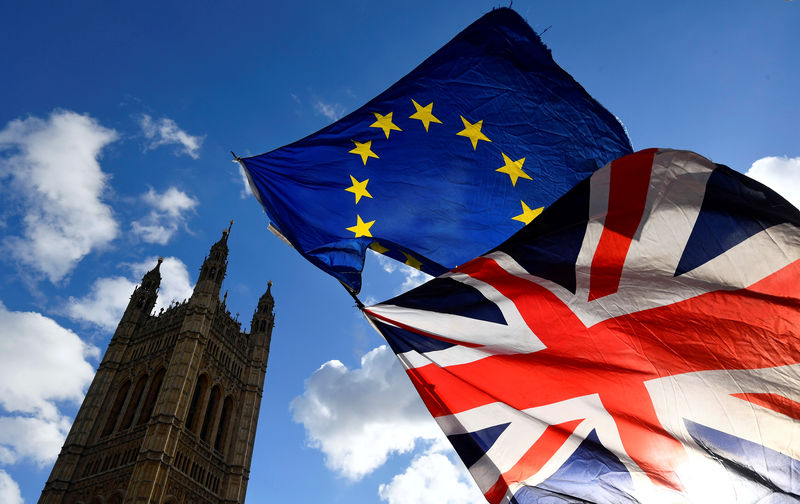 © Reuters. FILE PHOTO: British and EU flags flutter outside the Houses of Parliament in London

(Reuters) – Fitch Ratings said on Wednesday it may downgrade the United Kingdom’s ‘AA’ debt rating based on growing uncertainty about the negotiations between Britain and the European Union over the nation’s departure from the economic bloc next month.

“Fitch believes that a ‘no-deal’ Brexit would lead to substantial disruption to UK economic and trade prospects, at least in the near term,” the rating agency said in a statement.

Fitch also said it may lower its ‘AA’ rating on the Bank of England if it cuts the UK’s sovereign rating.

Earlier on Wednesday, British Prime Minister Theresa May held “constructive” talks in Brussels as she sought concessions on Brexit from a skeptical EU and her strategy came under strain after the defection of three lawmakers.

In late U.S. trading, sterling extended losses briefly against the dollar following Fitch’s statement on the UK’s rating. It ended down 0.1 percent at $1.3051.

Time is running out for May to gain approval from UK lawmakers ahead of the March 29 Brexit deadline.

“For the withdrawal agreement to be approved by the UK by the deadline, the government would need to substantially widen its support,” Fitch said.

UK’s economic growth will be affected by the Brexit outcome, Fitch said. Growth slowed to 0.2 percent in the fourth quarter in 2018 from 0.6 percent the quarter before. That left real growth at 1.4 percent for 2018, Fitch said.

If Britain leaves the EU with no deal on trade, border and other issues, it faces risks of a recession that may reach the scale it experienced in the early 1990s when Britain’s gross domestic product fell by 2 percent over six quarters, the rating agency said.

Fitch said it currently assumes a “no-deal” Brexit will be avoided, with GDP growth picking up to 1.6 percent this year and 1.8 percent in 2020.