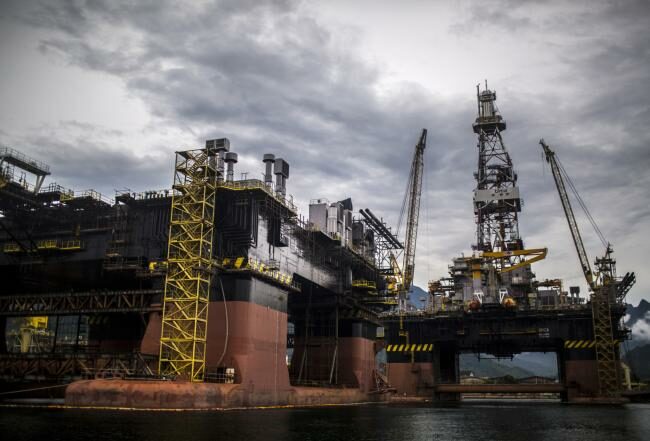 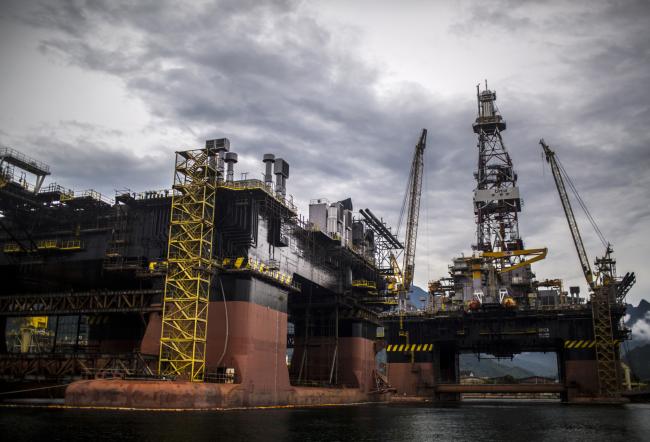 (Bloomberg) — When the giant P-67 floating oil production vessel lit its flare tower earlier this month, it marked the start of a Brazilian supply boom that’s poised to challenge OPEC’s efforts to balance the global market.

The mammoth facility — long and wide enough to fit an American football field — is the first of four similar platforms to begin pumping this year, lifting Brazilian output by roughly 365,000 barrels a day, its largest annual increase in at least 20 years, International Energy Agency estimates show. A second platform, P-76, has also started production, according to a regulatory filing Wednesday.

The Brazilian surge, combined with more oil from shale fields from Texas to North Dakota, is set to create a headache for the Organization of the Petroleum Exporting Countries. In the worst-case scenario, it may force Saudi Arabia and Russia to roll their production cuts over into the second half of the year, testing the strength of the Riyadh-Moscow oil relationship.

“Brazil is on the verge of major supply growth,” said Francisco Blanch, head of commodities research at Bank of America Corp (NYSE:). in New York. “U.S. shale is not the only driver of increased volumes.”

Brazil has disappointed in the past, with output growth coming far below expectations because of maintenance issues, declines in mature fields, and delays installing new vessels for oil production and storage. The Tartaruga Verde field, which should have come online back in late 2017, didn’t start until June 2018. The P-67 itself was delayed several months.

Still, oil traders and executives believe this year Brazil will make good on its promises. The P-67 vessel, about 260 kilometers (162 miles) from Rio de Janeiro, will pump about 150,000 barrels a day in the next few months, when it reaches its plateau.

P-67 is owned by a consortium including Brazilian state-controlled oil giant Petroleo Brasileiro SA, or Petrobras, and Royal Dutch Shell (LON:) Plc. The second platform to start this year, P-76, can also process up to 150,000 barrels daily. The facilities are scheduled to be followed by P-68 and P-77 in 2019, and between 2020 and 2023, Petrobras aims to install another ten big vessels.

“Brazil is reaching a new level of production and that is a fact,” Decio Oddone, head of the country’s oil regulator, the National Petroleum Agency, said in an interview. “2019 will be critical.”

OPEC itself is keeping tabs on Brazil, noting that the nation will boast the second-largest increase in annual output oil growth within the non-OPEC camp, only behind the U.S. shale. Brazil produced almost 2.7 million barrels a day of oil in December, putting the Latin America’s nation production roughly in line with OPEC-members Kuwait and Iran.

“Oil production could rise substantially in 2019” if the delayed floating storage and production vessels and other scheduled facilities start this year, OPEC said about Brazil in its last monthly report. The cartel forecast Brazilian growth of 360,000 barrels a day.

The so-called pre-salt fields, reserves located deep in the Atlantic Ocean under a thick layer of salt, are poised to beat production estimates made when the oil blocks were discovered more than a decade ago. The Lula field, where the P-67 is located, will likely breach 1 million barrels a day output this year, making it one the world’s largest offshore oilfields, behind only Safaniyah in Saudi Arabia.

The country is also rapidly becoming less dependent on its state-controlled oil company Petrobras, which generated a massive 93 percent of Brazil’s total production in 2010.

“Brazil and Petrobras used to be synonyms in terms of oil production until recently. But not anymore,” Oddone said.

The Brazilian surge comes at the right time as the world’s oil market is hungry for the kind of oil that the pre-salt fields pump: medium-heavy crude, ideal for refining into diesel. The production cuts in OPEC and Canada, coupled with American sanctions on Iran and Venezuela, have significantly reduced the availability of medium-heavy crude, pushing its price higher relative to the global benchmark.

“Apart from U.S. shale, there is nothing around the world like Brazil in terms of supply” of , former Petrobras geologist and oil consultant Pedro Zalan said from Rio de Janeiro. “Reserves are huge and pre-salt productivity is enormous.”