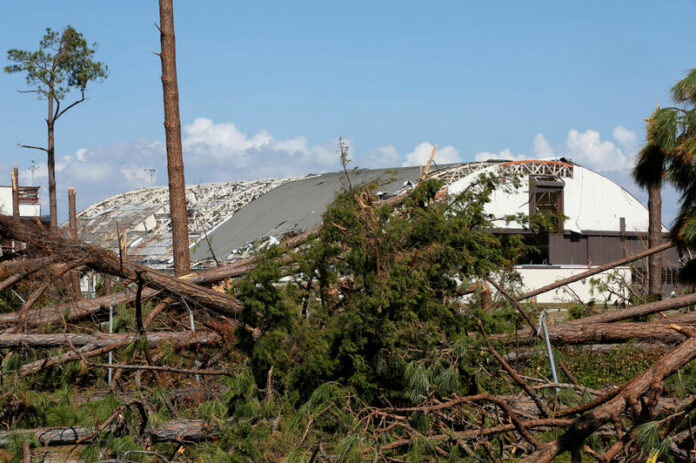 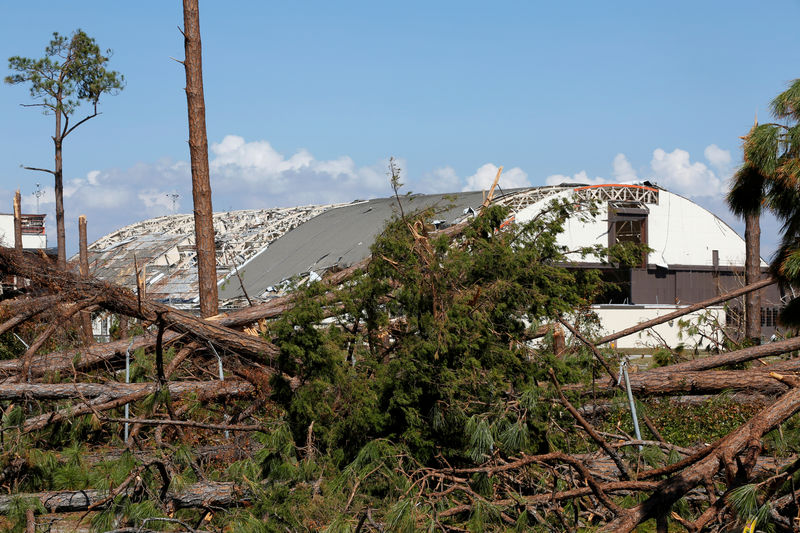 WASHINGTON (Reuters) – The White House is readying a presidential panel that would question U.S. military and intelligence reports showing human-driven climate change poses risks to national security, according to a document seen by Reuters on Wednesday.

The effort comes as President Donald Trump seeks to expand U.S. production of , , and coal, and unwind regulatory hurdles on doing so.

The panel, to be formed by an executive order by Trump, would be headed by William Happer, a retired Princeton University physics professor currently on the White House’s National Security Council.

Happer disagrees with mainstream climate science and believes that emissions of the main greenhouse gas that scientists blame for climate change – carbon dioxide – benefits the planet by helping plants grow.

The document calls into question U.S. government reports that say climate change poses risks to national security, including the 2019 Worldwide Threat Assessment from the office of the Director of National Intelligence (DNI), Dan Coats.

In January, the Department of Defense said climate change was a national security issue and listed 79 domestic bases at risk from floods, drought, encroaching deserts, wildfires and in Alaska, thawing permafrost.

U.S. officials have also said that climate change can burden the military by increasing the number of global humanitarian missions in which it participates.

The White House is holding a meeting on Feb. 22 in the situation room to discuss an upcoming executive order by Trump to set up the committee, made up of 12 or fewer people, said the document, dated Feb. 14. The document was first reported by the Washington Post.

Trump has repeatedly cast doubt on the science of climate change, arguing that the causes and impacts are not yet settled. As a temporary blast of frigid cold hit the Midwest last month he said on Twitter “What the Hell is going on with Global Wa(r)ming. Please come back fast, we need you!”

Happer, who does not have a background in climate, has served on the NSC since 2018 as deputy assistant to the president for emerging technologies, and complained that carbon dioxide emissions have been maligned, a position strongly opposed by a vast majority of climate scientists.

The White House did not have a comment on the document.

Francesco Femia, the co-founder of the Center for Climate & Security, a non-profit research and policy group, called the panel a “sham committee” that could put a chill on further analysis of climate risks from some members of military and intelligence agencies.

“I am worried there will be a reticence among some in the future to include those risks in their public reports for fear of having to deal with this political committee in the White House, because ultimately the heads of departments and agencies serve at the pleasure of the president,” Femia said.