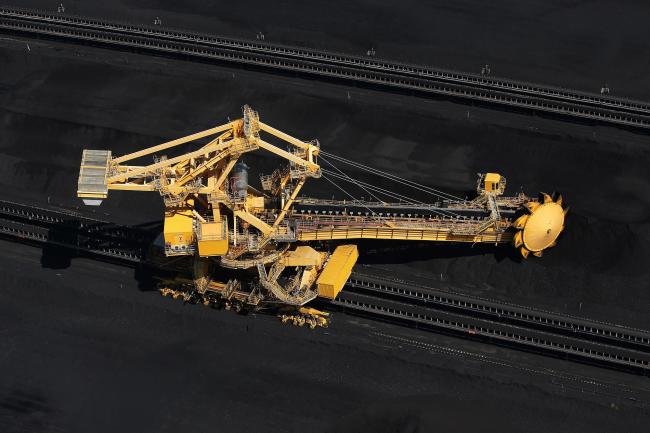 © Bloomberg. A stacker-reclaimer operates next to stockpiles of coal at the Newcastle Coal Terminal in this aerial photograph taken in Newcastle, Australia.

Frydenberg cautioned against “jumping to conclusions,” after Reuters said Dalian Port Group has imposed an indefinite ban on Australian coal and will cap overall coal imports for 2019 through its harbors at 12 million tonnes.

Asked whether China had banned Australian imports, he responded: “No, they haven’t.”

While Dalian only takes about 2 percent of Australia’s coal exports, such a ban would mark a deterioration in often strained relations between the key trading partners. The Australian dollar fell as much as 1.3 percent Thursday on the report.

The local dollar pared losses after Frydenberg’s comments and was 1 percent lower at 70.92 U.S. cents.

Australia has asked its ambassador in Beijing to clarify the situation. Asked directly about the report on Thursday, foreign ministry spokesman Geng Shuang told reporters in Beijing that China examines imported coal to protect the environment. He didn’t say whether China was targeting Australia specifically.

“Our ambassador will be making inquiries,” Frydenberg said. “But the two-way trading relationship works strongly in Australia’s favor. The coal industry in terms of its exports is worth over A$60 billion and creates over 50,000 jobs.”