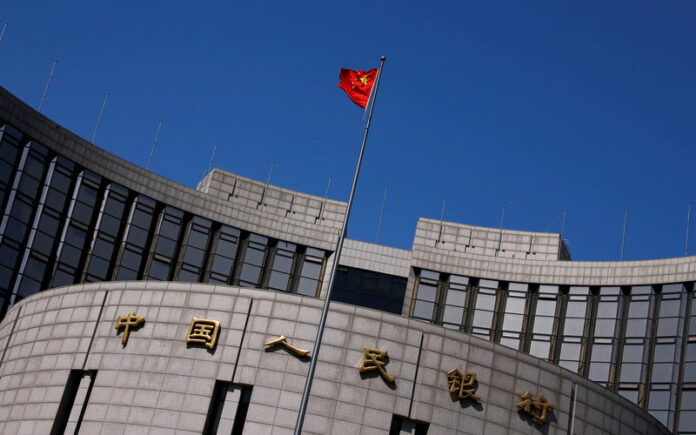 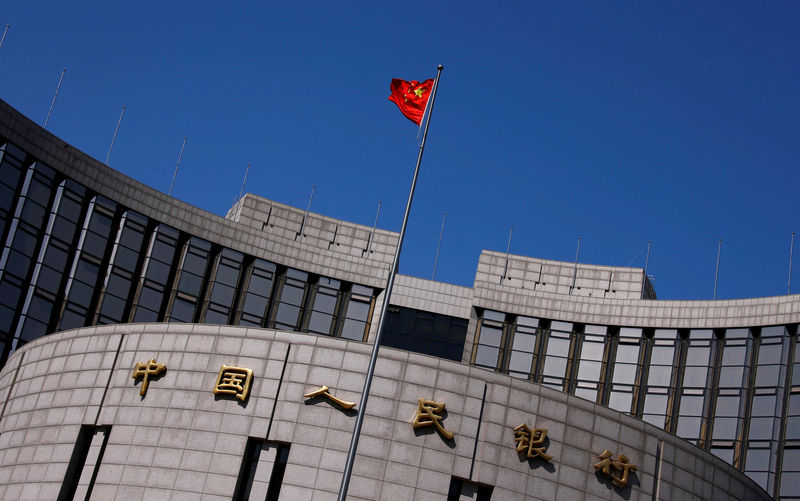 © Reuters. FILE PHOTO: A Chinese national flag flutters outside the headquarters of the People’s Bank of China, the Chinese central bank, in Beijing, China

BEIJING (Reuters) – China’s central bank is not yet ready to cut benchmark interest rates to spur the slowing economy, despite cooling inflation and a stronger yuan, which have fanned market expectations of such a move, policy sources told Reuters.

But the People’s Bank of China (PBOC) is likely to cut market-based rates and further lower banks’ reserve ratios (RRR) to boost credit growth and reduce firms’ borrowing costs, according to the sources involved in internal policy discussions.

“We cannot rule out a (benchmark) rate cut, but we still need to watch economic data for a few months,” one said. “There is no sufficient reason for cutting benchmark rates if we look at the huge amount of new loans in January.”

China’s trading partners and major central banks are increasingly concerned over how quickly the world’s second-largest economy is decelerating, with investors asking if Beijing needs to speed up or intensify support measures to reduce the risk of a sharper slowdown.

Analysts polled by Reuters expect China’s official growth rate to cool to 6.3 percent in 2019, a 29-year low, and some believe real activity is already much weaker than government data suggest.

But China watchers note the PBOC has many policy tools to choose from before turning to blunter instruments such as a lending rate cut, which would bring down financing costs across the board but risk adding to a mountain of debt.

More RRR cuts have been widely expected in coming quarters after five over the past year, most recently in January. The PBOC has also been guiding money market rates lower in various ways, and offered a slightly better rate on a new medium-term lending program launched in January.

The PBOC did not immediately respond to Reuters request for comment.