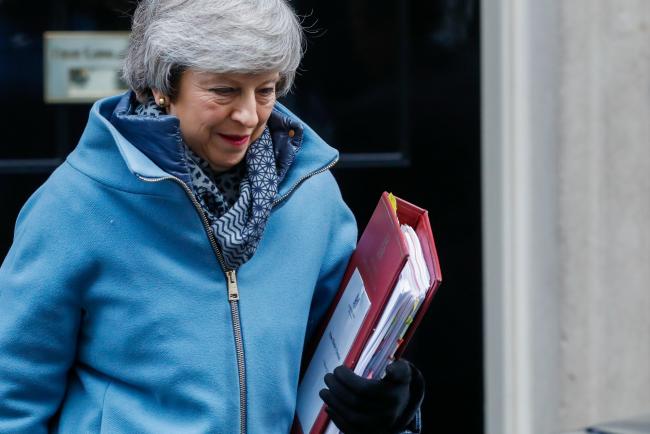 EU Expects May to Request Three-Month Delay to Brexit

They said discussions between the two sides suggest May will ask for an extension to the two-year negotiating period if the British Parliament backs the the Brexit deal but it isn’t signed off until an EU summit on March 21-22, which is emerging as the EU’s current plan.

The EU sees this as a “technical extension” to give the British Parliament time to pass necessary legislation related to its departure from the bloc. Anything longer than three months would put the U.K. under pressure to take part in European elections on May 23-26, something that both sides are keen to avoid.

The prime minister has repeatedly spoken out against a delay, saying that it is her aim to take the U.K. out of the EU as scheduled on March 29. She’s never completely ruled it out, however. Any postponement would have to be requested by the U.K. and accepted by all the remaining 27 EU governments.

EU officials say the three-month extension would happen under their most optimistic scenario. The risk remains that the U.K. could leave the bloc March 29 without a deal. Alternatively, May could be forced to contemplate a longer delay if she can’t get backing for the agreement, according to one official.

U.K. and EU negotiators are continuing talks in Brussels aimed at finding a legal guarantee that the backstop arrangement preventing a hard Irish border, contained in the divorce deal, would apply only temporarily. The EU signaled on Thursday that talks between Brexit Secretary Steve Barclay, Attorney General Geoffrey Cox and EU chief Brexit negotiator Michel Barnier didn’t reach a breakthrough.

May needs at least some proof of progress by next week, when members of Parliament are threatening to take control of the Brexit process away from her.