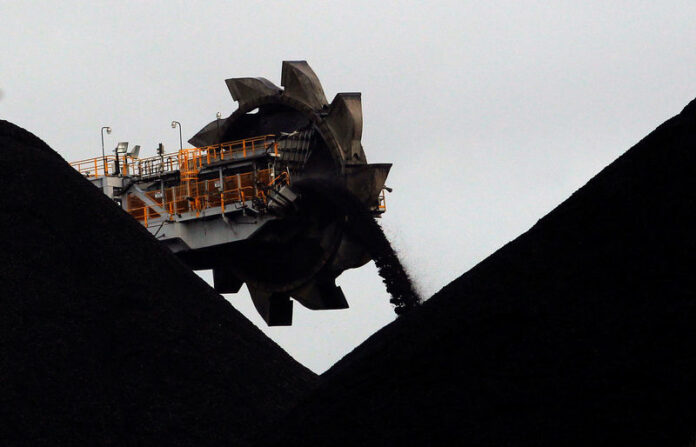 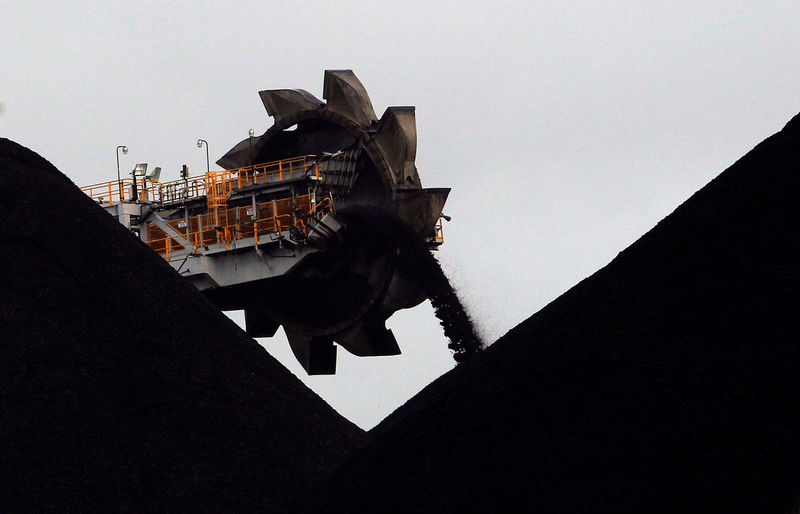 © Reuters. FILE PHOTO: A reclaimer places coal in stockpiles at the coal port in Newcastle

BEIJING (Reuters) – Customs at China’s northern Dalian port has banned imports of Australian coal and will cap overall coal imports for 2019 through its harbors at 12 million tonnes, an official at Dalian Port Group told Reuters on Thursday.

The indefinite ban on imports from top supplier Australia, effective since the start of February, comes as major ports elsewhere in China prolong clearing times for Australian coal to at least 40 days.

Coal is Australia’s biggest export earner and the Australian dollar tumbled on the news, falling more than 1 percent to as low at $0.7086

Five harbors overseen by Dalian customs – Dalian, Bayuquan, Panjin, Dandong and Beiliang – will not allow Australian coal to clear through customs, said the official. Coal imports from Russia and Indonesia will not be affected.

The ports handled about 14 million tonnes of coal last year, half of which was from Australia, said Gu Meng, analyst at Orient Futures.

The Dalian official declined to be named due to the sensitivity of the matter. Neither Dalian customs nor the General Administration of Customs immediately responded to a request for comment.

The source said he was not given a reason for the ban on Australian imports.

However, it comes amid simmering tensions between Beijing and Canberra over issues such as cyber security and China’s influence in Pacific island nations. Australia recently revoked the visa of a prominent Chinese businessman further straining ties.

Beijing has also been trying to restrict imports of coal more generally to support domestic prices.

Spot Australian coking coal at northern Chinese port Jingtang is 200 yuan ($29.85) cheaper per tonne than domestic prices, according to data tracked by Orient Futures. Prices of thermal coal are approximately the same.

Dalian handles both thermal and coking coal imports but the clampdown is expected to have a bigger impact on coking coal, used in steel making, than thermal coal, used to generate electricity.

“It is hard to find a replacement for Australian coking coal since its sulfur content is very low,” said a purchasing manager at a large coke plant in Hebei province.

“Current inventory at ports should be sufficient to support usage for one or two months, but it could be a problem in the long term, especially if other ports also tighten imports,” he added.

He declined to be named due to company policy.

The most-active coking coal contract for May delivery

China bought 28.26 million tonnes of coking coal from Australia in 2018, accounting for 43.5 percent of the country’s total imports of the fuel, customs data showed.