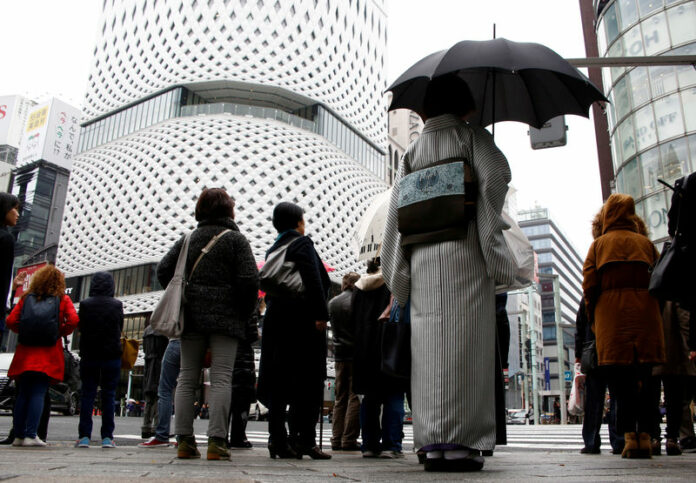 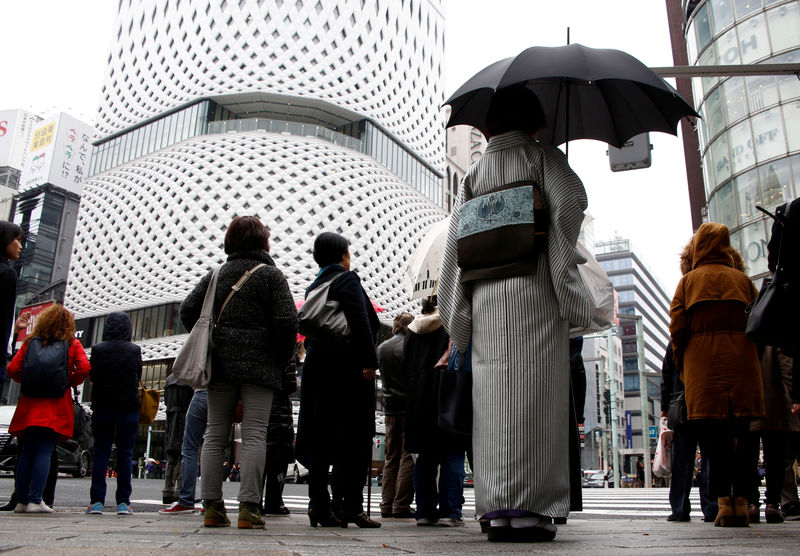 © Reuters. FILE PHOTO: A woman wearing a kimono stands in front of a crosswalk at a shopping district in Tokyo

TOKYO (Reuters) – Japan’s government kept its assessment of the economy unchanged in February, but a series of weak data on corporate sentiment, capital expenditure and exports shows the U.S.-China trade war is hurting the outlook for the world’s third-largest economy.

The Cabinet Office, which helps coordinate government policy, said the economy is in a moderate recovery, according to its monthly economic report for February on Thursday. That was unchanged from the previous month.

The Cabinet Office left unchanged its assessment that exports have weakened recently, which it downgraded only last month as exports to China started to buckle due to the trade dispute between Washington and Beijing and China’s slowing economy.

The report for February did not take into account government data on Wednesday showing Japan’s exports fell by the most in more than two years in January as China-bound shipments tumbled.

This means the monthly economic report in March will be the Cabinet Office’s first chance to offer its official view of Japan’s export performance at the start of this year.

The monthly report said consumer spending in February is recovering, unchanged from the previous month.

Recent data has shown overseas orders for machinery fell the most in more than a decade in December, and business sentiment soured to a two-year low, which could lead some analysts to question the government’s optimism about the outlook.

Many economists have warned that growth this year will not be as good as last year because of increasing risks to the outlook.

Global trade has slowed as the United States and China have been locked in a tit-for-tat tariff battle for months. In addition, Japanese policymakers are wary of Britain’s departure from the European Union and the risk of a sudden spike in the yen.

Another risk is the government’s plan to raise the nationwide sales tax to 10 percent from 8 percent in October. The government needs the extra tax revenue to pay for rising welfare spending, but economists worry consumer spending will fall after the sales tax rises.

3 Natural Gas ETFs to Buy on the Dip