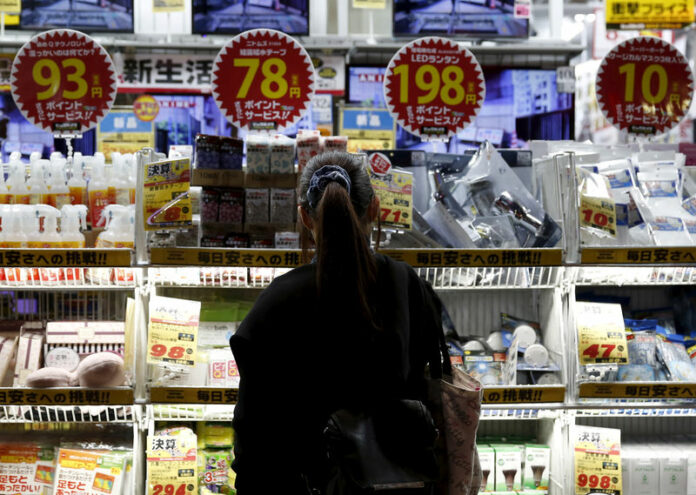 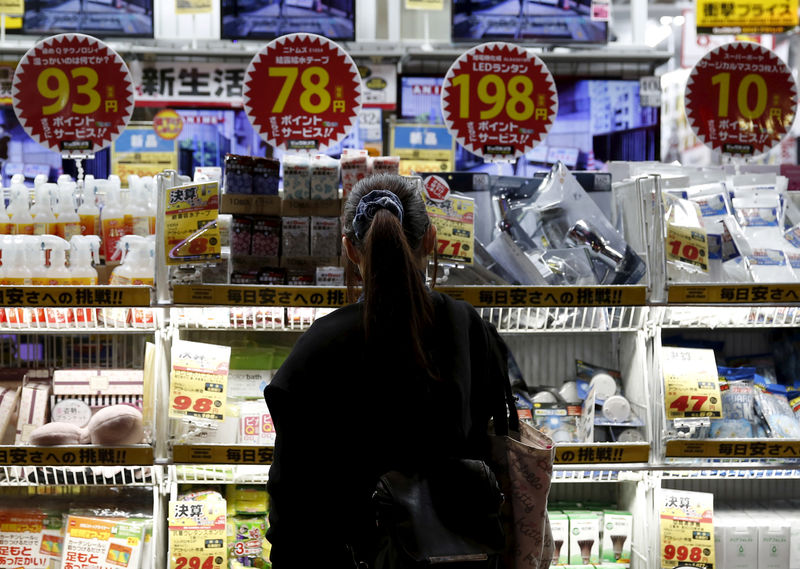 © Reuters. A woman looks at items outside an outlet store at a shopping district in Tokyo

Some analysts say core consumer inflation may grind to a halt in coming months as recent oil price falls push down gas and electricity bills, which could put the Bank of Japan under pressure to ramp up an already massive stimulus program.

An index the BOJ focuses on – the so-called core-core CPI that strips away the effect of both volatile food and energy costs – rose 0.4 percent in January, compared with the previous month’s 0.3 percent gain.

The BOJ faces a dilemma. Years of heavy money printing have dried up market liquidity and hurt commercial banks’ profits, stoking concerns over the rising risks of prolonged easing.

And yet, subdued inflation has left the BOJ well behind its U.S. and European counterparts in dialing back crisis-mode policies, and with a dearth of ammunition to battle an abrupt yen spike that could derail an export-driven economic recovery.