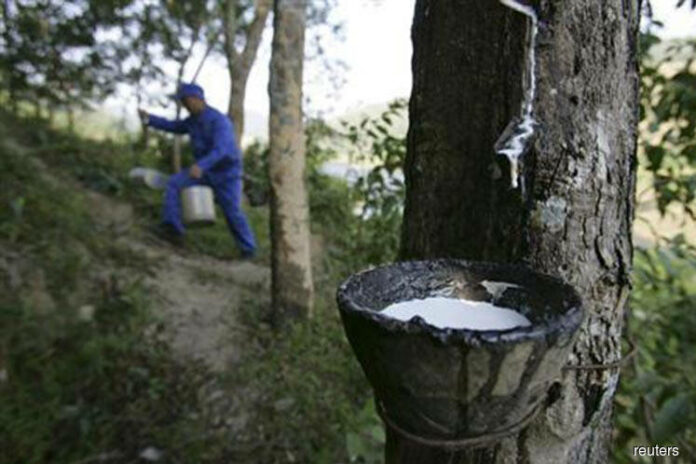 Top rubber producers plan to curb exports by up to 300,000 T to boost prices

BANGKOK (Feb 22): The world’s top producers of natural rubber said in a joint statement on Friday they will curb exports by up to 300,000 tonnes in a bid to prop up global prices for the commodity.

The curb, formally known as the Agreed Export Tonnage Scheme (AETS), was announced following a meeting on Friday of the International Tripartite Rubber Council (ITRC), which comprises Thailand, Indonesia, and Malaysia.

The three countries account for around 70% of the world’s natural rubber production.

“On March 4, we will discuss the amount of exports each country will curb and the appropriate period of time to do it,” Grisada Boonrach, Thailand’s Minister of Agriculture, told reporters during a news conference.

But the minister also suggested that export curbs could yet be delayed.

“If we decide then (March 4) that the measure is not necessary, we might still hold off,” he said.

Prices of natural rubber have been hovering at a low level throughout 2018 and early this year, the three countries said in their statement.

Benchmark rubber futures on the Tokyo Commodity Exchange hit a 27-month low in November on concerns over global oversupply, while Thai RSS3 rubber also fell to its lowest in nearly three years around the same time.

Friday’s move is the sixth time the group has announced plans for such export restrictions. It follows an agreement in late 2017 to cut natural rubber exports by 350,000 tonnes for three months.

Besides curbing exports, the group also agreed to try to ramp up domestic use of rubber significantly in each of the three producers through developments such as rubberised roads.