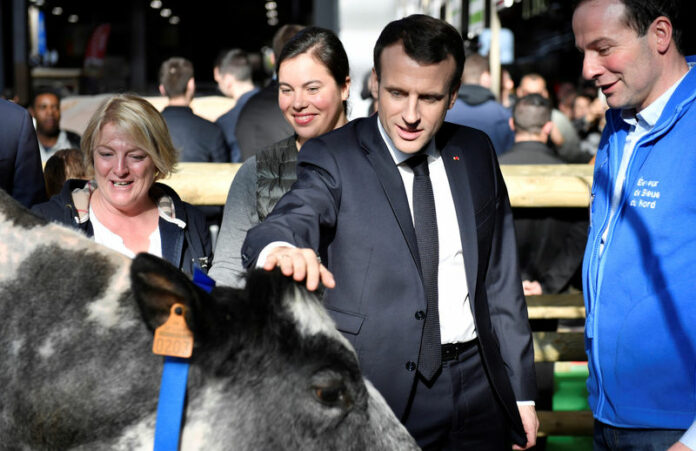 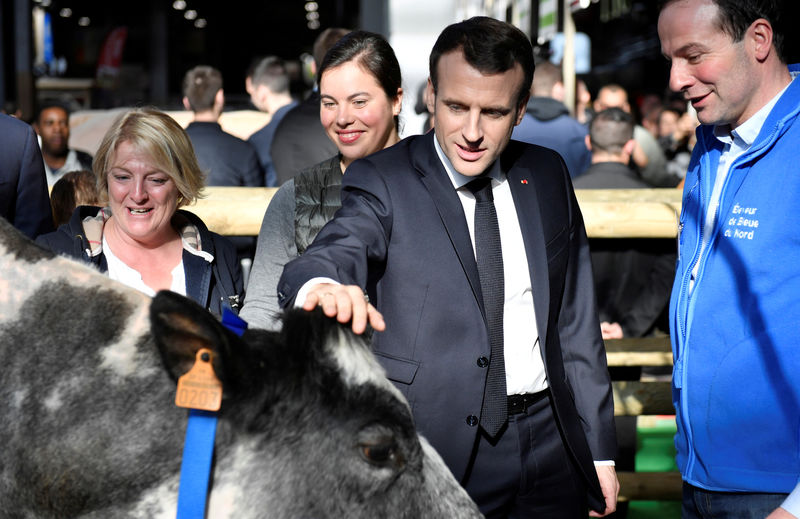 France is the EU’s biggest agricultural producer and the main beneficiary of the bloc’s Common Agricultural Policy (CAP), which is due to be renegotiated this year in the midst of Britain’s planned withdrawal from the 28-country group.

“European agriculture has always been a given, it is today under threat,” Macron said in a speech at the annual Paris farm show, citing the EU’s reliance on imported soybean protein for livestock feed or Russia’s rise as a massive cereal exporter.

“No farmer or consumer wants to be subjected to the diktat of non-European countries,” he added.

Agriculture is a frequent flashpoint in international trade negotiations, notably in areas such as food safety standards and genetically modified technology, and Macron reaffirmed France’s “red line” that farming products should be kept out of trade talks with the United States.

The European Commission has also proposed leaving agriculture out of EU-U.S. discussions, at odds with the position of Washington, which is threatening punitive tariffs on European cars.

France wants the EU to assert its vision of agriculture by pushing for changes to World Trade Organisation rules covering the sector, as well as to food standards under the United Nations’ Codex Alimentarius, Macron said.

He urged Europe to differentiate itself as a high-quality food producer, calling on France’s large wheat sector to offer a wider range of grades for export.

The EU should maintain an “ambitious” farming budget with “not one euro less” than currently, after factoring in the impact of Brexit, he said.

Britain’s departure from the EU will remove a net contribution to the bloc’s budget and the European Commission has proposed a five percent cut in the agriculture budget for 2021-2027 to 365 billion euros ($413.95 billion).

Macron was making the traditional presidential visit to the Paris farm show, a must-attend event for politicians that comes as the French president is trying to reconnect with voters after the so-called yellow-vest protests against his government.