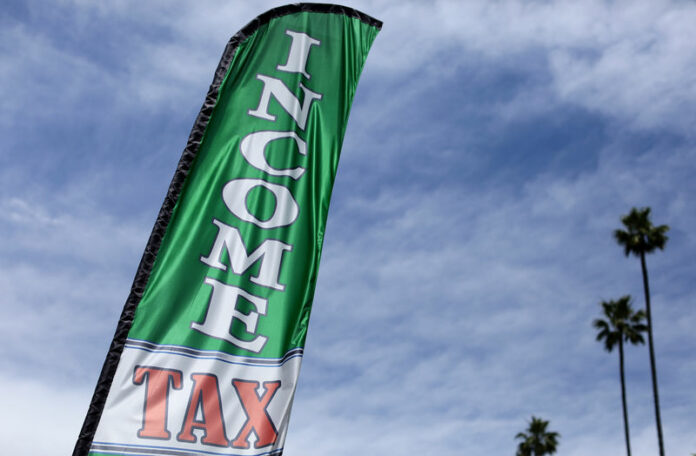 Your Money: Unhappy with your tax refund? Make your own! 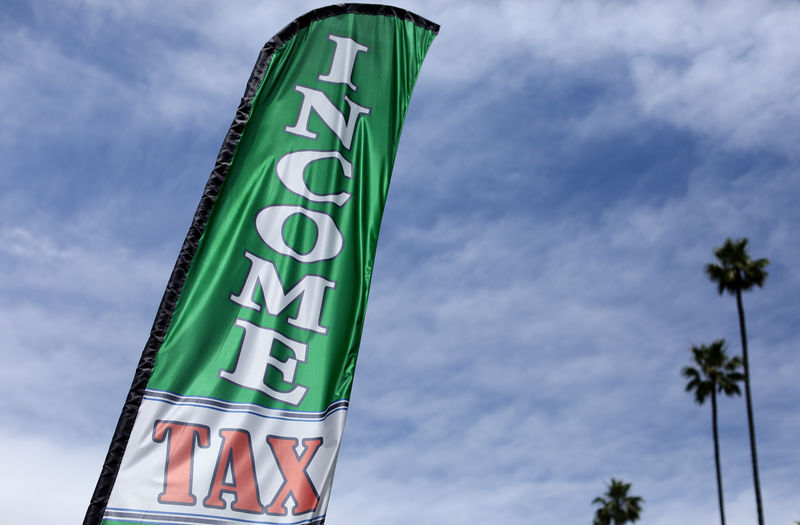 NEW YORK (Reuters) – One thing we have learned in the United States this tax season: Refunds make Americans happy – and not getting one, or getting a smaller one, makes them mad.

The number of refunds for 2018 returns is down 26.5 percent, and the dollar amount is down 16.7 percent. That is according to the latest numbers released late Friday from the Internal Revenue Service comparing the first three weeks of filing data against last year.

So for the moment, people are mad.

There is something easy you can do about it.

If you get paid by direct deposit, which is the majority of U.S. workers, it is extremely simple to divert your pay into more than one account.

Caleb Newquist, the head of content for payroll manager Gusto, which services 60,000 small businesses across the United States, diverts his own pay into three accounts: spending, saving and investing.

“I was trying to trick myself into saving money into an account I don’t use very often,” Newquist said.

At Gusto, just 7 percent of employees split their pay into more than one account, with a very few splitting their pay in nine bank accounts. At ADP (NASDAQ:), the largest payroll processor in the United States, serving more than 30 million Americans, the number who split is 15 percent, with the majority just splitting into two accounts.

Most employers do not highlight the option to split, but there are some initiatives, like Split to Save from the nonprofit Consumer Federation of America, that encourage employees to build emergency funds (https://reut.rs/2GXFk8R).

The key steps to making your own refund:

Online calculators are no substitute at the moment for just doing your actual tax return.

The baseline for 2019 is not your refund but your total tax due (which this year is line 15). If your income and other tax situations are going to change – such as you plan to get married or buy a house – you will have to factor those into your math.

You can also use the IRS’s W-4 withholding calculator (https://www.irs.gov/individuals/irs-withholding-calculator), but it is currently like a mini tax return anyway. And it might be changing by summer, said Pete Isberg, ADP’s vice president of government relations.

Some payroll systems make this easy, and some make you dig around, but it is possible to change the amounts the government takes out of your paycheck on the federal and state level.

The withholding system is graded along with the tax brackets, so the algorithm for your personal withholding depends on how much you make overall (https://reut.rs/2GV1kBm).

This is the step most people skipped in 2018 after the government changed withholding amounts, which is why many refunds are out of whack with previous years.

Since you are already in the payroll system to change your W-4, take a stop over in the direct deposit section and add a savings account. If you do not currently have one, you can easily set one up at an online bank with a high interest rate.

Holly Wolf, a 57-year-old marketing executive from Fleetwood, Pennsylvania, has been splitting her pay since the 1990s, when she was first offered direct deposit. She has had companies over the years tell her that they could not do it. “But I say, yes, yes, you can. And then they say, yes, you can,” Wolf said.

You can save a specific dollar amount per check, or a percentage, like you do with a 401(k). Even $25 a check can add up to enough for an emergency car repair. If you want the equivalent of the average tax refund, which currently is $2,640, and you get paid every two weeks, then set it for $100 per check.

Matt Ross, a 28-year-old who just started a digital media company in Reno, Nevada, is using his split to fund a de facto retirement account until his company starts its own program. “My dad told me when I got my first job that this is what I need to do, because he knew I’d be stupid with money,” Ross said. “If it was in my checking account, he knew I’d spend it.”