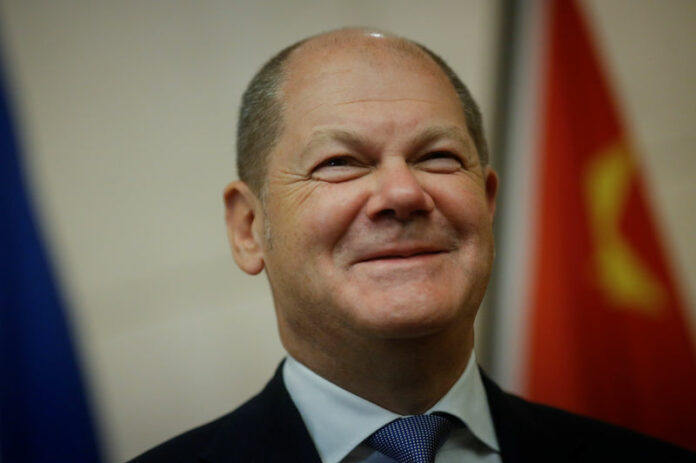 BERLIN (Reuters) – Finance Minister Olaf Scholz said he expected Germany to escape recession, pointing to a subdued but upward trend in its and Europe’s economies.

With the risk of trade conflicts and Britain’s looming European Union exit as a backdrop, recent data has pointed to a marked slowdown in Europe’s largest economy, which only just skirted a recession – defined as two successive quarters of contraction – at the end of last year.

Scholz said he was confident that modest growth lay ahead.

“The global, European and German data all point to a subdued but nonetheless upwards movement,” he told public broadcaster Inforadio on Monday.

Last week, morale among German businesses fell for the sixth straight month as they anticipated fallout if the U.S. failed to resolve trade disputes with the China and the European Union.

Scholz said there would be no loosening of the public purse strings in response to the slowdown, as the government needed a fiscal reserve in case of a serious economic crisis.

But there was sufficient spare cash to pay for an increase in the minimum wage and pension reforms that his Social Democrats – national coalition partners of the conservative bloc – have promised their supporters.