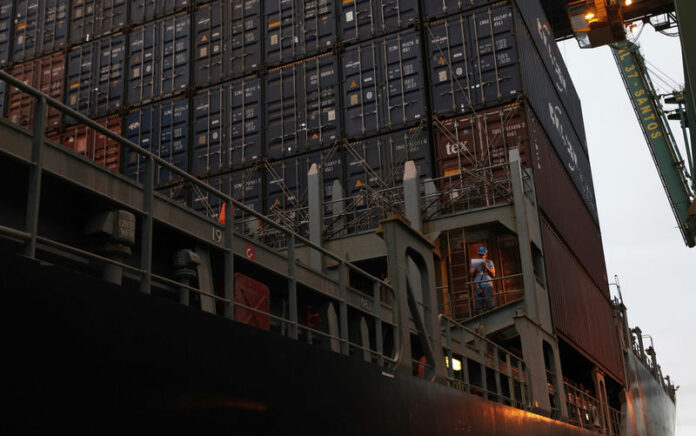 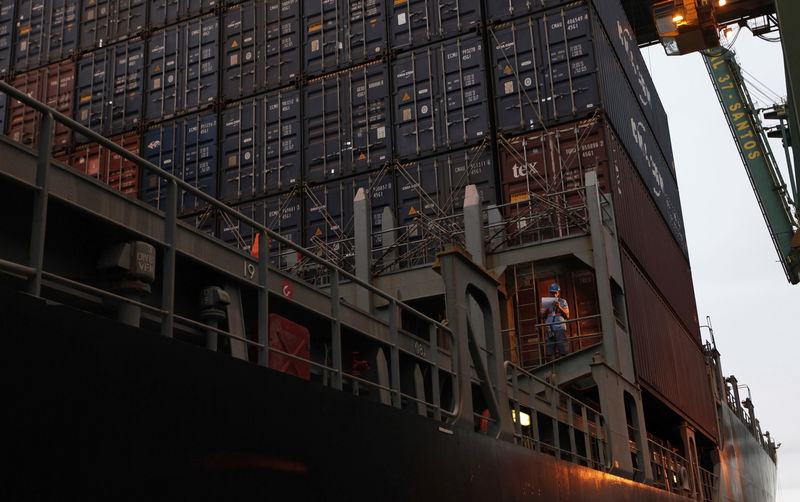 © Reuters. A container terminal operator works next to containers on a cargo ship at Brazil’s main ocean port in Santos city

BRASILIA (Reuters) – Goldman Sachs (NYSE:) cut its economic growth forecasts for key Latin American countries and lowered the outlook for official interest rates across the region on Monday, citing weak domestic momentum and a deterioration in the global picture.

Sluggish growth, U.S.-China trade tensions and major central banks’ shift toward a more dovish policy stance mean growth in Latin America will now be weaker, and any plans across the region to tighten monetary policy will be delayed.

“The late 2018 and early 2019 growth momentum has been weaker than expected across a number of the large economies — Argentina, Brazil, and Mexico,” Goldman’s New York-based team of Latin American economists wrote in a note on Monday.

They also expect a slower pace of expansion this year in Chile due to “tighter financial conditions and soft private consumption dynamics,” and are now penciling in growth of 3.4 percent instead of 3.6 percent.

As a result of weakening activity and as reflected in major central banks’ policy pivot, inflation pressures have eased too. Latin American policy will be looser than previously forecast as a result, Goldman said.

Brazil’s central bank will keep its key Selic rate on hold at a record low 6.50 percent for the rest of this year. Goldman economists had previously said rates might be raised in late 2019.

The change on their Mexican rates forecast was greater. Assuming the peso does not become too volatile, they now see Bank of Mexico cutting rates by 0.75 percentage point in the second half of this year to 7.50 percent.

“We do not rule out the first easing move taking place at the August, or even June meeting, particularly if the growth slump is deeper than expected,” they wrote.

They now expect Chile’s central bank to raise rates twice more in June and October and end the hiking cycle at 3.50 percent, below their previous expectation of 4.00 percent.

Colombian rates are expected to be left unchanged at 4.25 percent for the remainder of 2019, and Peru’s central bank will only start to gradually tighten policy in the fourth quarter of this year, Goldman said.