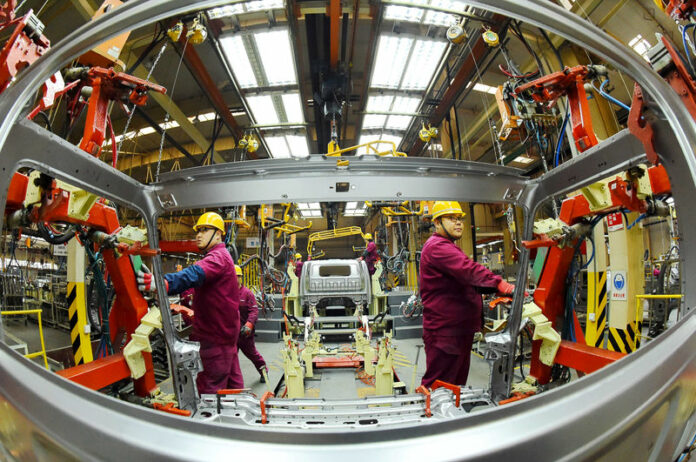 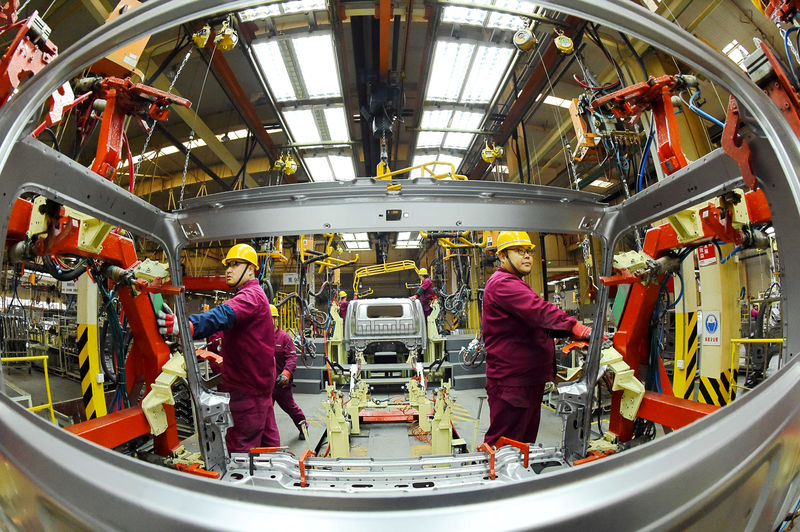 (Reuters) – Factory activity in China is expected to have contracted for the third month in a row in February, a Reuters poll showed, adding to evidence of a further slowdown in the economy in the first quarter.

While record bank lending last month and signs of progress in Sino-U.S. trade talks have lifted some of the gloom hanging over Asia’s economic giant, another weak manufacturing reading would suggest it is far from out of the woods yet.

The official Purchasing Managers’ Index (PMI) is forecast at 49.5, unchanged from January’s near three-year low and still below the 50 level separating expansion from contraction on a monthly basis, according to the median forecast of 36 economists.

“The lagged impact of slower credit growth last year will continue to weigh on industrial activity until at least the middle of this year,” Capital Economics said in a note to clients this week.

“And exports are likely soften further, with cooling global demand offsetting any gains from a U.S.-China trade deal,” it added. Its forecast is below consensus at 49.0.

The PMI data will be released just days ahead of China’s annual meeting of parliament starting on March 5, where top officials are widely expected to announce more support measures such as sweeping tax cuts to reduce the strains on the economy.

Leaders will also reveal the government’s key economic and financial targets for the year which may give clues on their future policy stance.

Sources have told Reuters that Beijing is planning to lower its growth target to 6-6.5 percent this year from around 6.5 percent in 2018, reflecting softer domestic and export demand.

Actual growth in the world’s second-largest economy cooled to 6.6 percent last year – the slowest in 28 years – from 6.8 percent in 2017.

Analysts polled by Reuters expect that pace to slow further this year to around 6.3 percent, with most predicting there will be some signs of stabilization by mid-year after a rocky first half.

The latest PMI reading will come with the usual caveat that Chinese data early in the year may be skewed by the timing of the Lunar New Year holidays, which began on Feb. 4.

Businesses typically rush out shipments and then scale back operations or close for long periods around the holidays. But Reuters reporters who visited the export-reliant southern province of Guangdong recently were told some factories had likely shut their gates for good.

A private survey – the Caixin/Markit Manufacturing Purchasing Managers’ index (PMI) – which focuses more on small and medium-sized Chinese firms – is again expected to show a somewhat sharper contraction than the official gauge.

The Caixin PMI is forecast to edge up to 48.5 from January’s 48.3, but also remain around contractionary levels not seen since early 2016.

Companies in the private survey are believed to be more export-oriented. Even if Washington and Beijing reach a comprehensive trade agreement soon dismantling tariffs, those firms will have to win back market share.

President Donald Trump said on Monday he may soon sign a deal to end the trade war with Chinese President Xi Jinping if their countries can bridge remaining differences, saying negotiators were “very, very close” to a deal.

But Trump also sounded a note of caution, saying a deal “could happen fairly soon, or it might not happen at all.”

The official PMI survey is due out ‪on Feb. 28, along with a sister survey on services. The Caixin manufacturing PMI will come out ‪on March 1 and its services PMI ‪on March 5.