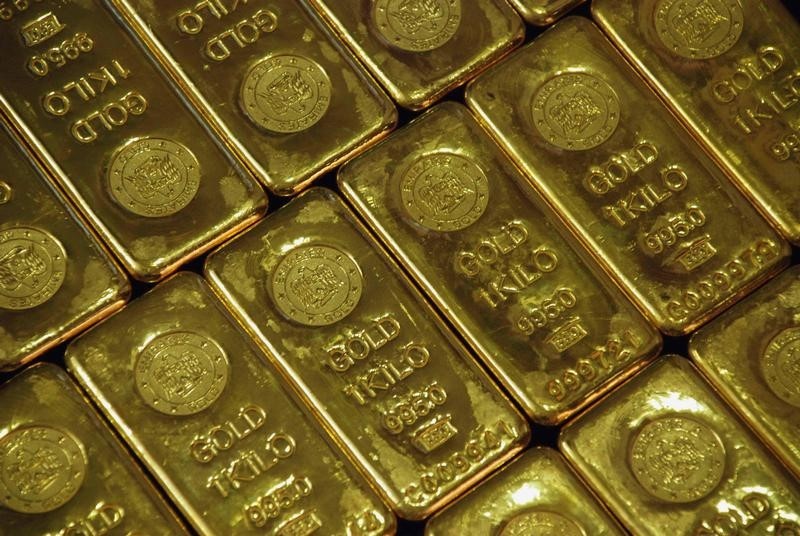 Investing.com – Gold prices edged higher on Tuesday in Asia as traders await a batch of key U.S. economic data due later this week.

On the data front, traders will be closely monitoring the U.S. fourth-quarter GDP, which is set to be released on Thursday. The release of the report was delayed by the 35-day partial government shutdown.

Meanwhile, housing starts and building permits are due on Tuesday, while figures on personal consumption expenditure along with consumer sentiment and manufacturing are scheduled to be released on Friday.

Investor sentiment improved this week after U.S. President Donald Trump raised the prospect of a trade deal with China.

On Monday, he said the two sides “are going to have a signing summit” and that they are “getting very very close,” although he cautioned it is possible that the deal “might not happen at all.”

The president also announced a delay in tariffs on Chinese goods over the weekend, citing “substantial progress in trade talks with China.”

The news is a double-edged sword for gold: while greater risker appetite supports the currencies of emerging countries whose central banks are among the biggest buyers of the metal, the outperformance of ‘riskier’ assets such as equities could prompt some outflows from safer ones such as gold and bonds.

Elsewhere, Federal Reserve Chairman Jerome Powell’s two-day testimony to Congress on the economic outlook and monetary policy, which begins Wednesday, is also expected to be in focus.