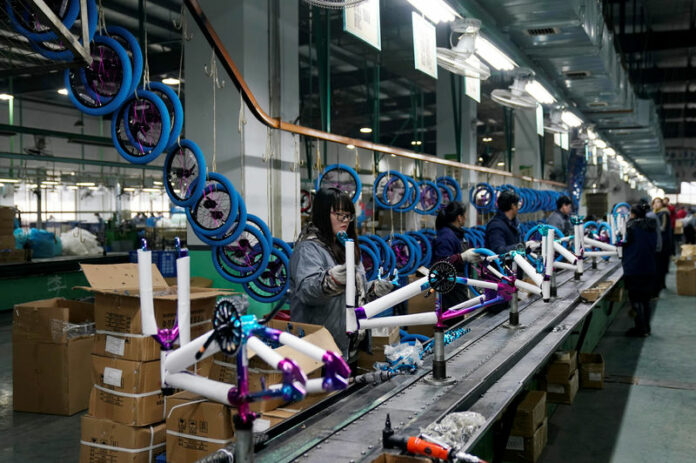 How U.S. bike companies are steering around Trump’s China tariffs 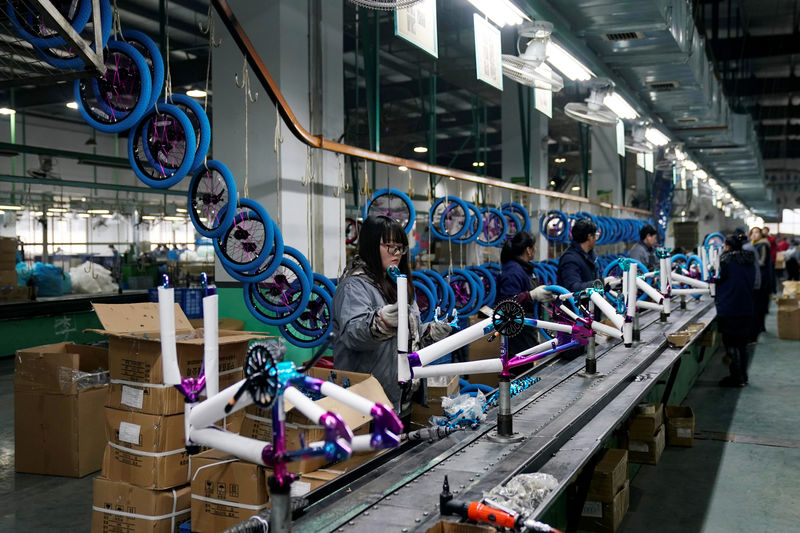 Like almost all U.S. bike makers, Kent has long relied on low-cost Chinese labor and parts, but Trump’s tariffs have so far inflated his costs by about $20 million annually.

“We have no choice but to – as rapidly as possible – look to move production away from China,” said Arnold Kamler, chief executive and majority owner of the Parsippany, N.J.-based bike company.

But Kent and other bike makers don’t have to move their manufacturing operations to the United States to avoid tariffs – nor do they have to stop using Chinese parts.

The company now plans to make bike frames in Cambodia while continuing to buy about half the components it will attach to those frames from producers in China. The resulting bicycles can enter the United States tariff-free because of U.S. rules that generally allow products to be designated as made-in-Cambodia as long as 35 percent of their costs for parts and labor are derived from that country.

Gaming the so-called rules of origin is a legal tariff-avoidance strategy being adopted by other major U.S. bike builders and explored across the industry, along with other manufacturing sectors, according to bike executives and supply chain consultants.

The shift in the $6 billion bike industry underscores how such rules allow manufacturers, despite tariffs, to continue sourcing large portions of their parts from China, undermining the Trump administration goal of boosting U.S. manufacturing employment. It further shows how quickly light manufacturers with less capital-intensive operations can move to Southeast Asia, which has seen a blitz of new investment since Trump launched his first tariffs last spring.

The bike industry plays a small role in what experts call the biggest shake-up in cross-border supply chains since China joined the World Trade Organization in 2001. Companies in an array of industries – furniture, electronics, apparel, tires, vacuum cleaners, to name a few – are moving operations to Vietnam, Thailand and other Asian countries, often while continuing to use some suppliers in China. [L4N1XV1EX]

“This is a mid- to long-term issue that is not going to blow over in a year,” said Brett Weaver, a supply-chain consultant at KPMG. “More and more companies are beginning to take that perspective.”

The Trump administration’s office of the U.S. Trade Representative (USTR) did not respond to requests for comment.

For many companies, tariffs proved the deciding factor in moves already under consideration because of rising labor costs in China. Three decades ago, when Kamler first offshored Kent’s production, labor in China cost him 20 percent less than in the United States. That gap has narrowed to 5 percent, he said.

Kent currently sources nearly 90 percent of the 3 million bicycles it sells to Target (NYSE:), Walmart (NYSE:) and other U.S. retailers from China. But sales took a hit after it raised prices in response to tariffs last September.

Kent’s new factory in Cambodia is estimated to cost $20 million – an amount equivalent to one year of Kent’s increased costs from Trump’s 10 percent tariffs, which were added to existing duties. Trump’s tariffs were set to rise to 25 percent on March 2, but on Sunday he delayed the increase, citing progress in trade talks with China.

“Their supply chains are disrupted,” said Morgan Lommele, a director at PeopleForBikes, an industry association. “They are looking at other countries.”

All manufacturers face challenges in moving their operations to Southeast Asia, including constraints on port capacity and labor. And no country can easily supplant China’s scale and production volumes for bicycles after three decades of the industry migrating there from the United States.

In the 1970s, U.S.-based firms made more than 15 million bicycles annually, compared to fewer than 500,000 now, according to the data presented by the industry to the USTR last year. And 94 percent of U.S. bike imports currently come from China, U.S. Census data shows.

Specialized finished moving all its production out of China by December but, like Kent, will continue to buy components from there.

Trump’s tariffs provided a “wake-up call for the industry,” said Margevicius, who also serves on the board of an industry trade group, the Bicycle Product Suppliers Association.

Chinese authorities are keen to protect manufacturing jobs, too. To cushion the impact of tariffs, China has increased export tax rebates and quickened tax refunds to exporters, Margevicius said. It is also offering companies cheap loans.

A more than 5 percent decline in the value of the Chinese last year, along with forecasts of further depreciation this year, are also helping blunt the impact of higher U.S. duties.

Kent is, nonetheless, moving ahead with plans to start manufacturing in Cambodia in September, and Kalmer said it will shift the bulk of its production there over the long term. Lower labor costs were a major deciding factor in addition to tariffs, said Kalmer, who remains skeptical that Beijing will sustain its tax incentives to lower-end manufacturers as its economy shifts towards services, consumption and high-tech production.

Cambodia has allowed Kent to bring in short-term workers from China. Thailand is promoting itself as a regional manufacturing hub, offering incentives such as an exemption of up to eight years on corporate income tax for certain industries and exemptions on import duties for some raw materials.

Vietnam has finalized 16 free trade agreements including with the European Union and is a member of the Trans-Pacific Partnership, offering companies almost duty-free access to big bike markets from Germany to Australia.

Specialized’s Margevicius advises companies considering a move to look carefully at whether locations outside China have the required infrastructure to meet their needs.

Each of the two biggest ports in Vietnam, for instance, has only a sixth of the capacity of the port of Shanghai, and Cambodia lacks a deep-water port to accommodate larger vessels.

The rush of manufacturers moving operations to Southeast Asia will also bring new competition to hire and train workers from a labor force far smaller than that of China.

Kamler is not deterred. Kent’s Chinese partner has already bought a plot for the Cambodian factory, five miles from downtown Phnom Penh. Construction is scheduled to start next month and finish by June.

The company will initially hire and train up to 300 workers to start the production. It will also bring in 100 robots from its Chinese facilities for welding work.

“We have a big business in the United States,” Kamler said. “My priority 1,2,3 and 4 is to rescue my USA business.”