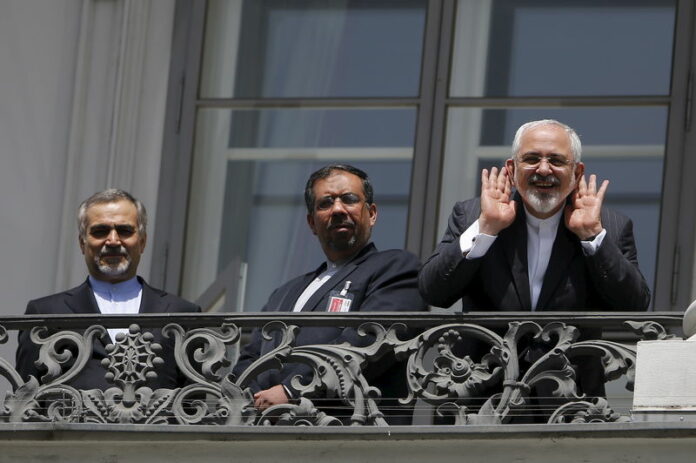 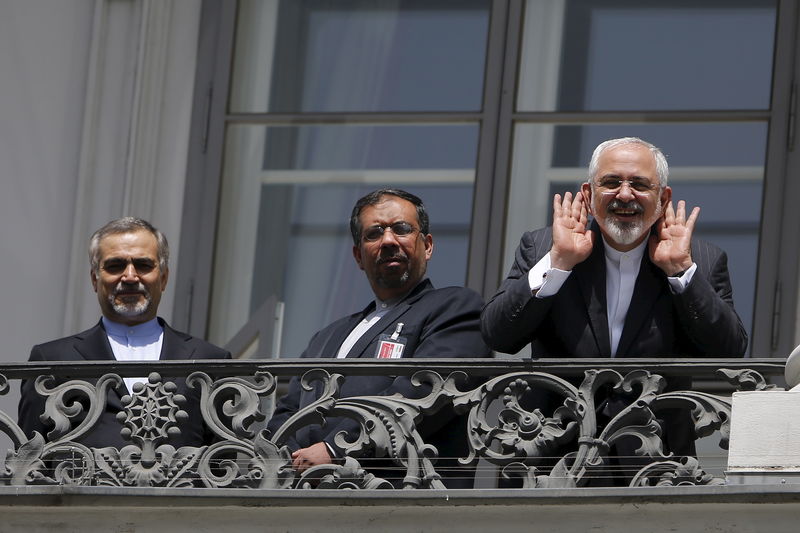 © Reuters. Iranian Foreign Minister Mohammad Javad Zarif talks to journalists from a balcony of the Palais Coburg hotel where the Iran nuclear talks are being held in Vienna, Austria

GENEVA (Reuters) – Fighting between parties and factions in Iran is a “deadly poison” undermining foreign policy, Mohammad Javad Zarif was quoted as saying in an interview published on Tuesday, a day after he resigned as Iranian foreign minister.

Zarif’s comments suggest he may have quit over pressure from hardline elements who have long criticized his role in negotiating a landmark 2015 nuclear deal with world powers.

“We first have to remove our foreign policy from the issue of party and factional fighting,” Zarif told the Jomhuri Eslami newspaper.

The Fars news agency reported that the interview had taken place last week, before the resignation.

President Hassan Rouhani has not formally accepted the resignation which Zarif announced on Monday on Instagram.

A majority of Iran’s parliamentarians signed a letter to Rouhani on Tuesday, asking for Zarif to continue his job, Ali Najafi Khoshroodi, the spokesman for the parliament’s National Security and Foreign Policy commission told the Islamic Republic News Agency (IRNA).

Zarif told the newspaper he had followed the guidance of Supreme Leader Ayatollah Ali Khamenei, the highest authority in the Islamic Republic, during the nuclear negotiations.

He said U.S. President Donald Trump and his national security adviser John Bolton, rather than Rouhani, were to blame for the U.S. withdrawal from the deal.

Trump withdrew from the deal in May and reimposed sanctions on Iran.

Zarif urged diplomats and other employees at the foreign ministry not to quit on Tuesday, according to IRNA.