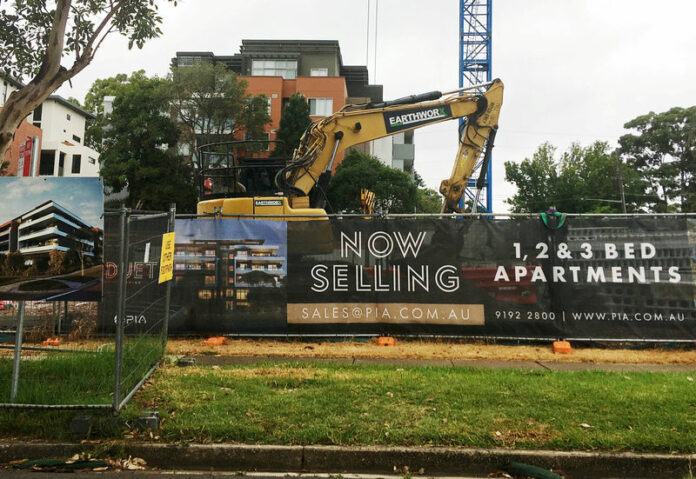 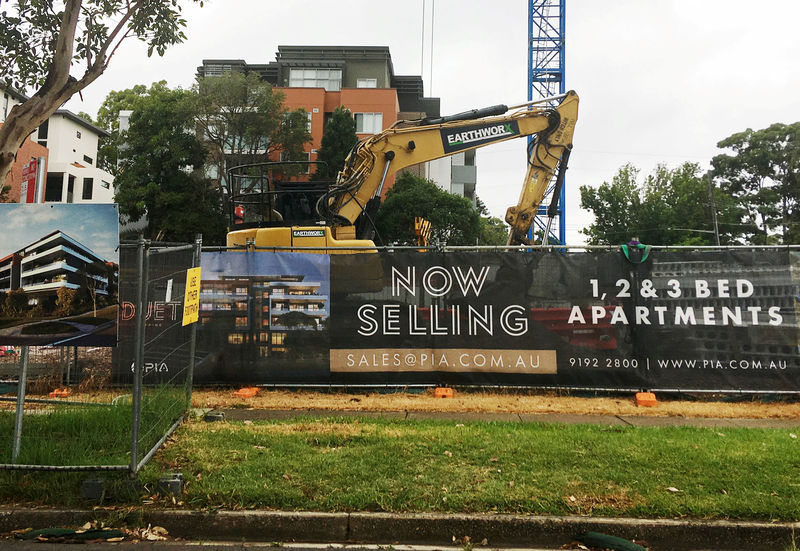 © Reuters. FILE PHOTO: An excavator is parked at the construction site of an apartment block in the suburb of Epping, Sydney

SYDNEY (Reuters) – Construction spending in Australia took a surprise spill last quarter as infrastructure came off the boil and home building hit a one-year low, a disappointing result that adds to signs of a struggling economy.

It was the second straight quarter of sharp falls and challenges the dogged optimism of the Reserve Bank of Australia (RBA) that growth will pick up this year.

The value of construction work done slid 3.1 percent in the December quarter, data from the Australian Bureau of Statistics showed. That badly missed forecasts of a 0.4 percent gain and followed a 3.6 percent drop in the previous quarter.

Total spending was an inflation adjusted A$51.1 billion ($36.69 billion), the lowest since early 2017 and, on paper at least, equal to around 0.3 percentage points off gross domestic product (GDP) in the quarter.

“It suggests some slight downside risk to our preliminary GDP forecast,” said Kaixin Owyong, an economist at NAB.

The GDP report for the December quarter is due on March 6 and NAB had already been tipping pedestrian growth of 0.4 percent in the quarter, giving 2.7 percent for the year.

Home building was a major drag as sliding house prices and tighter lending conditions put the screws on developers, particularly for apartments.

As a result residential construction sank 3.6 percent in the quarter and the outlook is for more pain as approvals for new building have tumbled in recent months.

“We expect the residential construction downturn will be much deeper than the RBA’s outlook,” said Owyong, who expects a decline of around 18 percent peak-to-trough.

The RBA acknowledged the faster downturn in building earlier this month when it cut forecasts for economic growth this year and next.

Yet its latest prediction of 3 percent growth in 2019 already looked in jeopardy, with spending on public works taking an unexpected nose dive.

Work done on infrastructure dropped 10 percent last quarter alone, a major surprise given state government have been splashing out on multi-year road and rail projects.

“Possibly bottlenecks are a constraint or it may have been weather disruptions,” said Westpac senior economist Andrew Hanlan.

“Given the sizeable amount of work yet to be done and with new projects being added to the investment pipeline, we still expect public works to add to activity in 2019.”

Westpac, however, was bearish on the overall economic outlook having recently predicted the RBA would be forced to cut interest rates twice this year, from an already record-low of 1.5 percent.

Investors are also leaning that way with futures markets implying around an 80 percent probability of an easing by year end.