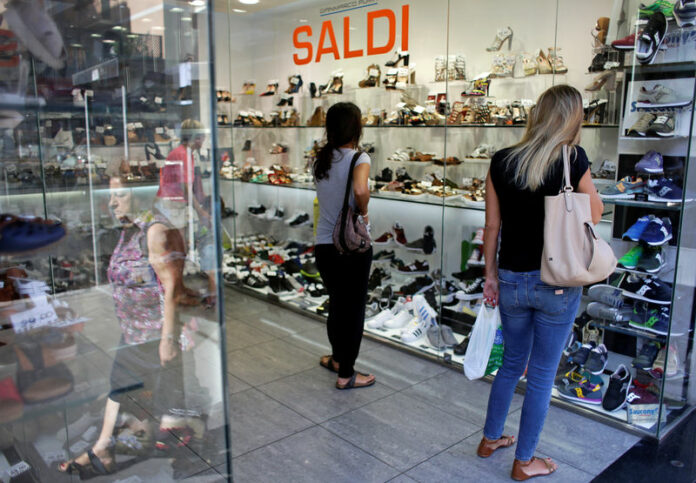 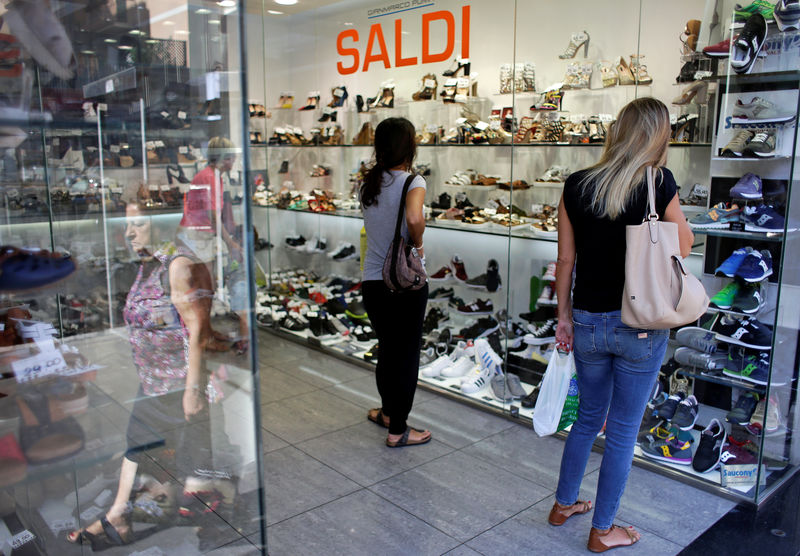 © Reuters. Women stand in a shoes shop in Rome

BRUSSELS (Reuters) – Italy’s economy is facing excessive imbalances and policies of its government are making matters worse, which also poses a threat to other euro zone countries, the European Commission said on Wednesday.

However, the EU executive arm, whose job is to analyze the economic performance of each of the EU’s 28 countries and warn of trouble ahead, said it would wait until it receives Italy’s reform program in April before taking action.

Last year, Italy narrowly escaped an EU disciplinary procedure over its very high public debt, which under EU rules should be falling every year.

In an unprecedented stand-off, the Commission rejected in October the initial 2019 draft budget of Italy’s ruling eurosceptic and populist coalition, that would have raised borrowing to cover election promises.

Rome and the Commission eventually reached a compromise over the deficit but it was based on an economic growth forecast of 1.2 percent. In February, the Commission revised that down to 0.2 percent.

“The government debt ratio is not expected to decline in the coming years, as the weak macroeconomic outlook and the government’s current fiscal plans, though less expansionary than its initial plans for 2019, will entail a deterioration of the primary surplus,” it said.

Italy’s borrowing costs surged in the second half of 2018 as investors grew worried about the extra borrowing needed to finance generous policies of tax cuts and spending on welfare and earlier pensions.

The Commission said Italian reforms broadly stalled last year and some, like the pension reform of the previous government, were reversed, which would make public finances less sustainable and hit productivity and potential GDP growth.

“Cost competitiveness is stable, but weak productivity growth persists. This is rooted in long-standing issues with the functioning of labor, capital and product markets, compounded by weaknesses in the public administration and justice system, which drags down potential GDP growth,” it said.

While Italian banks have significantly reduced the number of their bad loans, keeping that up could be a challenge in a slowing economy, the Commission said.

How bad Italy’s imbalances become depend on what the government does next, the Commission said, adding it would decide what action to take after Rome sends its reform plans in April.

“The Commission will therefore closely monitor developments and assess policy steps and commitments to address imbalances, in particular the level of ambition of the National Reform Programme, in the context of the forthcoming European Semester Spring Package,” it said.