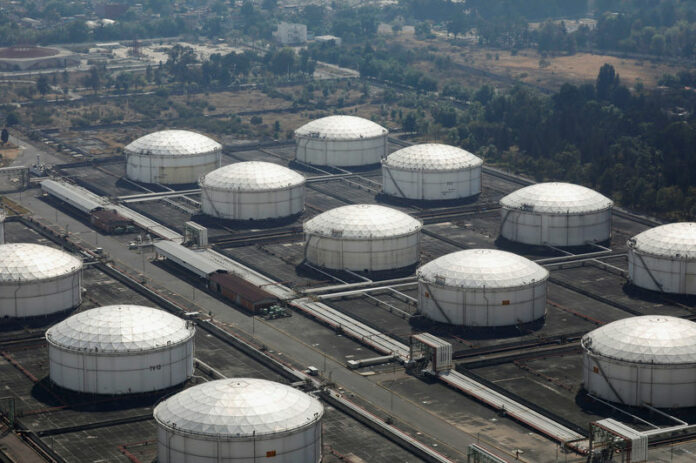 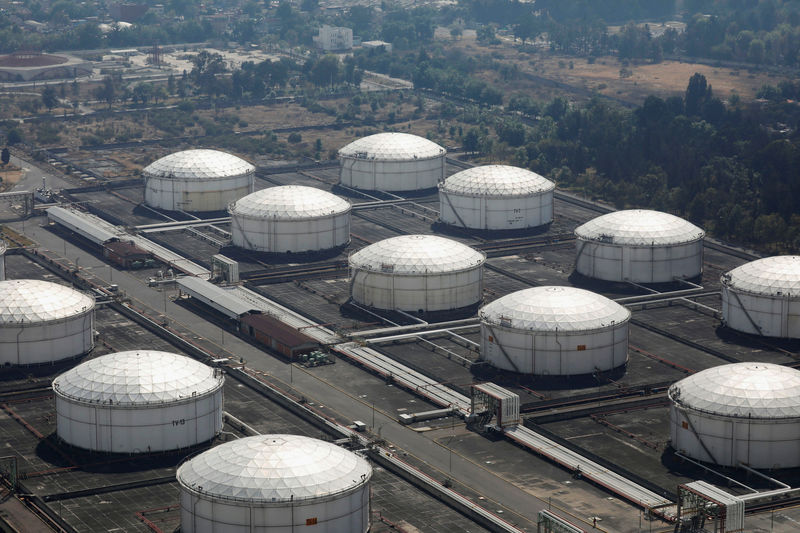 © Reuters. FILE PHOTO: An aerial view of Pemex’s storage and distribution terminal on the outskirts of Mexico City

MEXICO CITY (Reuters) – Mexico’s central bank on Wednesday cut its economic growth forecasts for this year and next, flagging the risk of rating downgrades to the country and state-run oil firm Pemex, and warning of persistent inflationary pressures.

The bank had previously forecast growth of between 1.7 and 2.7 percent for this year, and 2.0-3.0 percent for next year.

Data published this week showed the economy grew by just 0.2 percent in the fourth quarter period from the previous quarter, and contracted in December.

If the “current mood of uncertainty that has been affecting investment” continues or worsens, that would put further pressure on growth, as would a fresh downgrade in the rating of state-run companies, notably Pemex, the bank said.

Those remarks followed a warning from the bank last week in the minutes of its latest monetary policy decision about the risk Pemex poses for government finances.

The bank said it saw lower inflation in Mexico of 4.1 percent for the first quarter, and left its forecast for the fourth quarter unchanged at 3.4 percent.

The bank, which held its benchmark lending rate at 8.25 percent earlier this month, cited possible delays to ratification of a new free trade agreement between Mexico, Canada and the United States as an additional risk to growth.