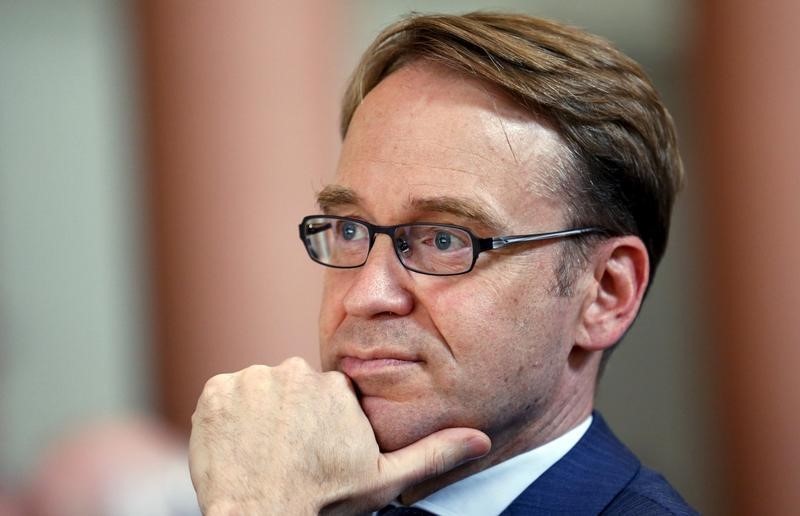 (Bloomberg) — Investor expectations for a 2020 lift off in European Central Bank interest rates are plausible amid the euro area’s weakening economic outlook, according to Jens Weidmann.

The German Governing Council member argued that the ECB’s current guidance — that rates will be on hold at least through the summer and as long as needed — is well understood by market participants. While data recently have showed the current slowdown in Germany and the 19-nation euro area is more protracted than initially expected, key factors underpinning the economy remain intact, Weidmann said in an interview with Bloomberg TV.

“Forward guidance is working as it should because markets have already reacted to the softening in economic data by postponing their expectation of a lift-off,” he said. “The market reaction is rather plausible to me.”

Weidmann said withdrawing crisis-era stimulus remains the ECB’s baseline and expressed confidence that the soft patch will prove temporary. Even though forecasts are currently surrounded by a high degree of uncertainty, investment hasn’t suffered as a result.

Germany, Europe’s largest economy, is seeing a “dent that’s extending into the current year, and a growth rate that might be well below potential growth, but still positive,” he told reporters earlier on Wednesday. “What interests us as central bankers is the medium-term inflation outlook, and the term ‘dent’ implies that at some point it will turn up again.”

Asked whether he sees a case for the ECB to renew long-term funding to banks, Weidmann pointed to the Governing Council’s next policy meeting on March 7 as a key moment for assessing how current operations affect policy.

“The question over whether it’s more difficult for financial institutions to meet regulatory demands — that’s something where our monetary policy decisions shouldn’t play a role unless it has an effect on inflation developments,” Weidmann said. The discussion “must focus on what effects the expiring operations will have on reaching our monetary goals.”