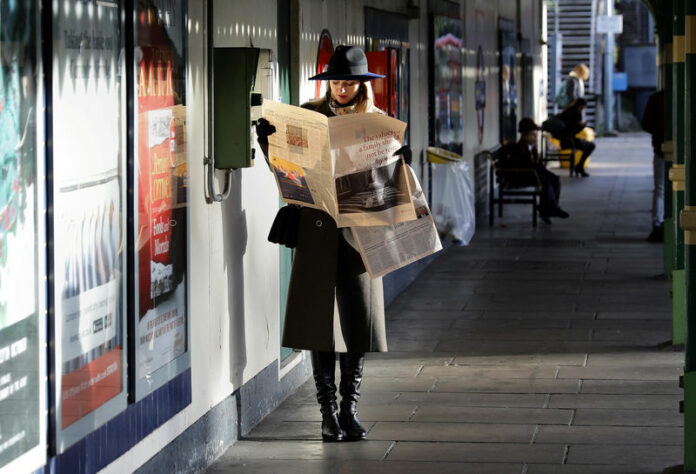 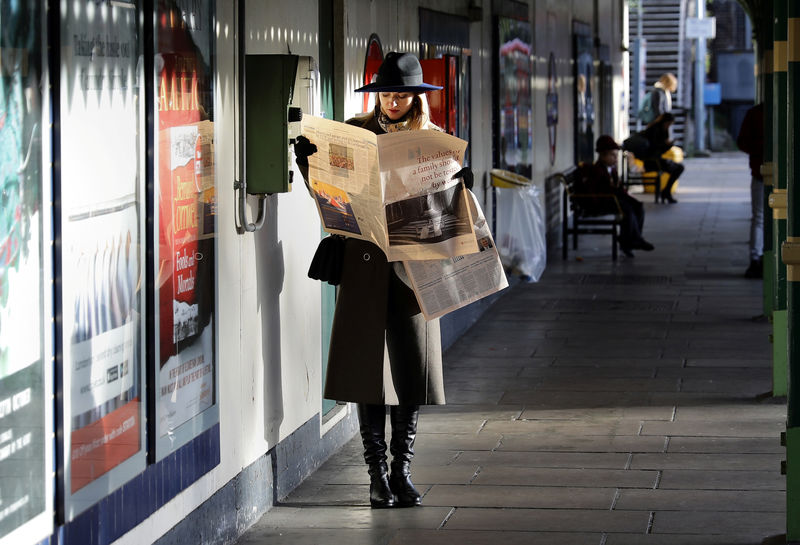 © Reuters. A woman reads a newspaper whilst waiting for a tube train on an autumn morning in London

LONDON (Reuters) – Flicking through the business pages of The Guardian newspaper could be a better guide to how Britain’s economy is faring than following stock market moves, Bank of England research shows.

Britain’s central bank has investigated for several years whether it can glean anything about the economic outlook by analyzing the ratio of positive words in news stories such as ‘growth’, to less upbeat terms such as ‘recession’.

Its researchers found that analysis of The Guardian’s coverage of business, politics and economics gives a slightly better steer than looking at share prices, although it was less useful than monthly surveys of business and households.

“News travels fast, and it seems that real-time information about the UK economy is no exception,” Arthur Turrell, Nikoleta Anesti and Silvia Miranda-Agrippino said about their work on a BoE research website.

The Guardian, a left-leaning daily, was chosen for the research because it was free and easy to download, and including more media might improve results further, they added.

Monthly purchasing managers’ indices and the long-running GfK consumer sentiment index were the most useful indicators for predicting British economic growth one to three months ahead, followed by official industrial output data, they said.

But news articles can be analyzed at any point in the month, potentially offering policymakers more timely information.

The BoE has previously said it would face the challenge of having to quickly assess the state of Britain’s economy immediately after a no-deal Brexit due on March 29, though Prime Minister Theresa May this week raised the prospect of a delay.

Not all OPEC+ producers able to increase output due to insufficient investment: Putin

Not all OPEC+ producers able to increase output due to insufficient investment: Putin