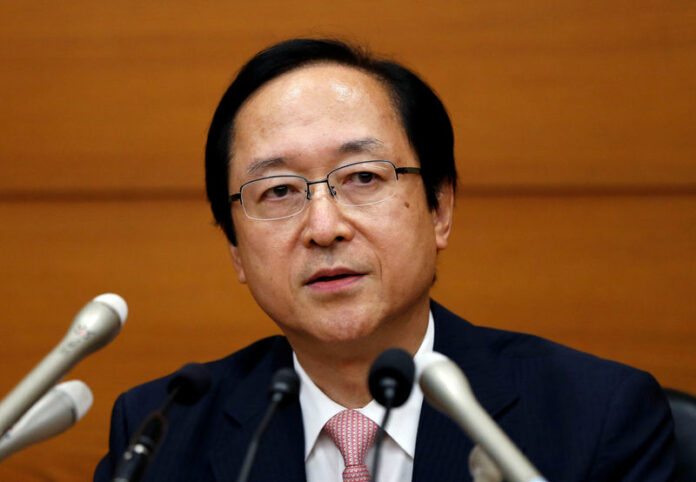 MITO, Japan (Reuters) – Bank of Japan board member Hitoshi Suzuki on Thursday warned that profits in the country’s financial institutions could be significantly hurt by rising credit costs if the economy slides into recession.

With their margins squeezed by years of ultra-low interest rates and a dwindling population, Japan’s regional lenders have increased loans to borrowers with low credit standings that could sour if economic conditions deteriorate, Suzuki said.

“If the default rate of borrowers rises, banks would have to set aside more allowances for bad debt. We need to be mindful that financial institutions’ profits could then worsen rapidly,” said Suzuki, a former commercial banker.

“Japan’s banking system remains stable. But we must continue to scrutinize how financial institutions, including regional ones, are doing business and what risks they are taking,” he said in a speech to business leaders in Mito, eastern Japan.

Suzuki said the BOJ must maintain its massive stimulus program for the time being and focus on making the framework sustainable, as it was taking longer than expected to achieve the central bank’s 2 percent inflation target.

“There’s a risk inflation won’t accelerate much for a prolonged period, as companies remain cautious of raising wages and households are sensitive to price rises,” he said.

Suzuki is considered as among those in the BOJ’s nine-member board who are more mindful of the rising costs of prolonged easing, such as the damage to financial institutions’ profits.

In a speech a year ago, he said the BOJ could raise interest rates or slow the purchase of risky assets if the costs of prolonged easing began to outweigh the benefits.

Suzuki did not make direct mention on the BOJ’s future policy direction in Thursday’s speech. But he said the central bank would act to stem any spike in bond yields via market operations, as it did not intend to push up interest-rate levels now.

The BOJ faces a dilemma. Years of heavy money printing have dried up market liquidity and hurt commercial banks’ profits, stoking concern over the rising risks of prolonged easing.

And yet, subdued inflation has left the BOJ well behind its U.S. and European counterparts in dialing back its crisis-mode policies, leaving it with little ammunition to battle an abrupt yen spike that could derail an export-driven economic recovery.

Under a policy dubbed yield curve control (YCC), the BOJ aims to guide short-term rates at minus 0.1 percent and 10-year government bond yields around zero percent. As part of this effort, it buys government bonds and risky assets such as exchange-traded funds (ETF).