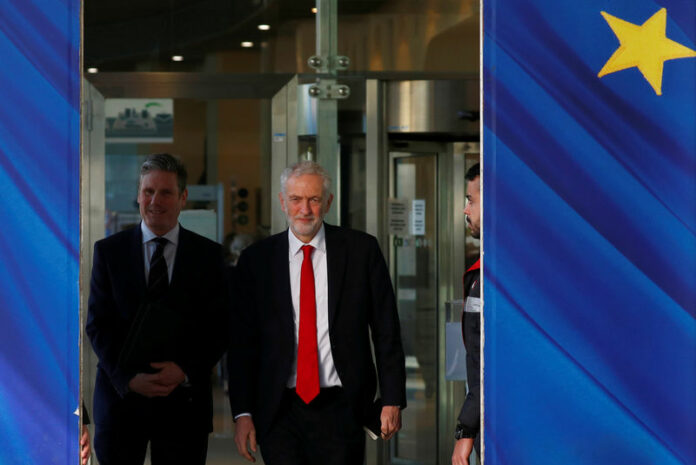 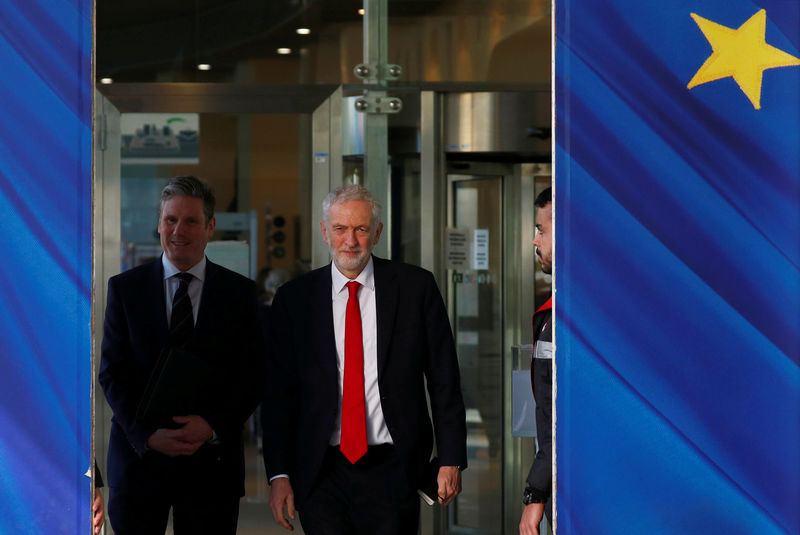 With 29 days left until the United Kingdom is due to leave the European Union, the leaders of Britain’s two main parties have been forced into making key turns on the divorce in recent days.

After months of saying that Britain must leave the EU on time on March 29, May opened up the possibility on Tuesday of a short limited extension to the exit date.

Corbyn, who voted against membership in 1975 and gave only reluctant backing to the 2016 campaign to stay, on Wednesday gave an ambiguous backing for another referendum saying he would push for one alongside a national election.

“After tonight’s votes in parliament, we’ll continue to push for a close economic relationship based on our credible alternative plan or a general election,” Corbyn said.

“We’ll also back a public vote in order to prevent a damaging Tory Brexit or disastrous no deal.”

John McDonnell, the second most powerful man in the Labour Party, said the party would put down an amendment calling for a second referendum as soon as May brought a deal back to parliament.

After May’s deal was rejected on Jan. 15 in the biggest parliamentary defeat in modern British history, she is hoping to bring back a tweaked divorce accord for a vote, which could come as early as next week but may not take place until March 12.

If her deal is voted down, May has promised lawmakers will get a chance to vote on whether to leave with no deal the day after and then on March 14 to vote on asking the EU to delay the deadline.

Lawmakers on Wednesday voted 502-20 in support of an amendment proposed by opposition Labour lawmaker Yvette Cooper that spelled out May’s proposed timetable. The government backed the amendment.

“We continue to see the most likely outcome of the current impasse as eventual ratification of the Prime Minister’s Brexit deal, with a three-month extension of Article 50,” Goldman Sachs (NYSE:) said.

French President Emmanuel Macron said on Wednesday that the EU would agree to extend the Brexit deadline beyond March 29 only if Britain justified such a request with a clear objective.

“If the British need more time, we would support an extension request if it was justified by new choices from the British,” Macron told a joint briefing with Germany’s Chancellor Angela Merkel in Paris. “But we would in no way accept an extension without a clear view on the objective pursued.”