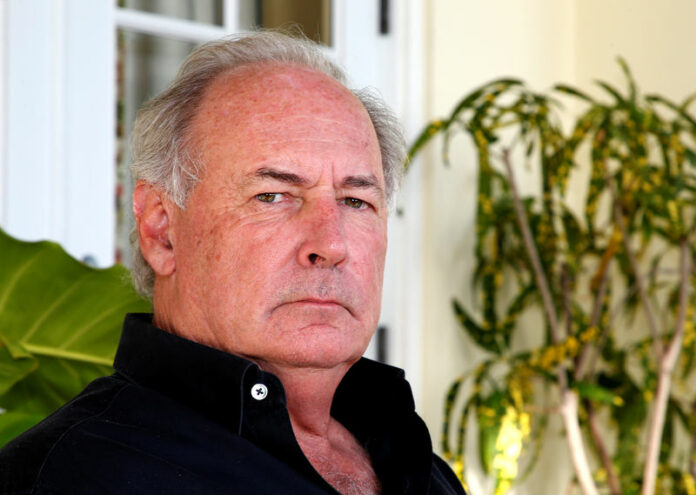 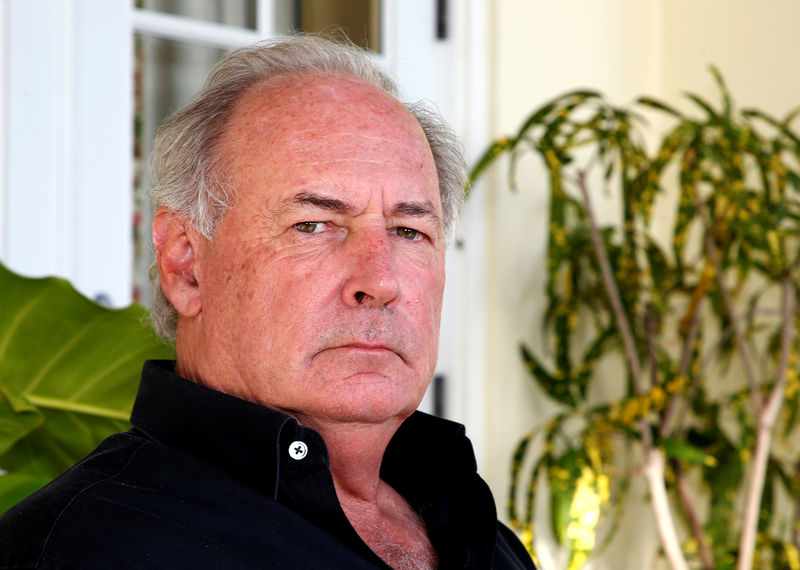 © Reuters. Harry Sargeant III is shown during an interview with Reuters at his home in Gulf Stream

Sargeant, the former finance chairman of the Florida Republican Party, was looking to purchase a New Jersey asphalt plant that needed a steady supply of the heavy crude that Venezuela has in abundance.

Never mind that the South American country was in the cross-hairs of the Trump administration.

The trip got off to a worrying start when Sargeant’s plane was directed to a special hangar in Caracas and surrounded by soldiers. But what followed, he says, was privileged treatment, including an unexpected meeting the next day with Nicolas Maduro, Venezuela’s socialist president.

Within a year, Sargeant had inked an attractive oilfield agreement to help raise plummeting crude production in Venezuela, whose economy is in a free fall. A new Delaware company called Erepla Services LLC, of which Sargeant is a shareholder, would rehabilitate three troubled oilfields in exchange for almost half the revenue.

“We like high-risk places,” said Sargeant, whose dealmaking has taken him to hot spots such as Iraq. The 61-year-old former Marine Corp pilot discussed the Venezuela deal with Reuters in an exclusive interview in the wood-paneled cigar room of his mansion in Gulf Stream, an affluent community on Florida’s east coast.

Sargeant’s timing for the venture turned out to be lousy: On January 28, just weeks after news broke of Sargeant’s partnership with Petroleos de Venezuela SA (PDVSA), the U.S. government unleashed tough new sanctions banning Americans from working with Venezuela’s state-run oil firm. It was part of a wider U.S. pressure campaign to topple Maduro’s government.

Still his willingness to do business with a ruler the Trump administration seeks to undermine reflects a long tradition of oil companies making deals with disfavored governments around the world. Prior to the January sanctions, the United States had been the biggest cash-paying customer for Venezuela’s oil, importing more than 500,000 barrels daily.

The intended partnership also highlights Venezuela’s desperation. With Western oil majors steering clear of new investment there, the country has turned to China and Russia as well as upstart firms like Erepla. Maduro has long sought an end to what he calls an economic war being waged against his government by the United States. His embrace of an American company belies his public denunciations of Trump.

“There is no doubt they wanted to send a message that Venezuela was open to American business,” Sargeant said.

The Venezuelan government and PDVSA did not respond to emails requesting comment about the state oil company’s deal with Erepla or Sargeant’s version of events.

FACE TO FACE WITH MADURO

Sargeant says his business dealings in Venezuela date to the late 1980s. A Sargeant family company claimed in court that it was forced out of Venezuela’s asphalt business by PDVSA in 2005. And the firm, records show, once owed a $52 million judgment to PDVSA.

He says he decided to give the country another shot on his search for heavy crude because he still had industry contacts there.

The day after Sargeant’s November 2017 arrival, he said, a small convoy of SUVs took him to a house at the Fuerte Tiuna military base in Caracas. Inside, he said officials showed off a room with various live snakes, some venomous, on display in glass cages.

Sargeant thought he would be meeting only with a PDVSA official he knew. Instead he said he found himself face-to-face with Maduro, whom he said was “friendly but serious.”

Maduro, he said, wanted him to explain why American companies were not investing in the oil sector there. And, with the help of a translator, the Venezuelan president waxed philosophical about the ravaged economy, Sargeant recalls.

“He said China reinvented itself and the Venezuelans can reinvent themselves,” Sargeant said.

Sargeant did not end up purchasing the New Jersey asphalt plant. Instead, a few months later, he and his team began discussing a production venture with PDVSA, according to Ali Rahman, a Washington DC-based executive at Erepla.

“We went in saying ‘Hey, we’re an American oil company, we want to help revitalize the Venezuelan oil sector, and we want to do it waving the American flag.’”

Sargeant’s tolerance for risk-taking has taken him to hazardous corners of the globe where some of his business dealings have become tangled in investigations and lawsuits.

During the height of the Iraq War, one of his firms, International Oil Trading Company (IOTC,) won lucrative contracts from the Defense Logistics Agency to supply the U.S. military with fuel.

Disputes ensued at the Armed Forces Board of Contract Appeals. The U.S. government in the civil proceedings claimed IOTC used “bribery and fraud” to win permission from the nation of Jordan to transport oil across its territory. IOTC and Jordan denied those allegations at the time.

Early last year the U.S. government settled, and agreed to pay IOTC $40 million, in what Sargeant says is a full vindication.

His proposed deal with PDVSA is at odds with Republican Party efforts in his home state of Florida, a key battleground for the 2020 presidential election and where an estimated 200,000 Venezuelans have recently settled.

Trump made an appeal to Venezuelan exiles at a recent rally in Florida, where he condemned Maduro’s socialist government. Florida Senator Marco Rubio pushed for the U.S. ban on Venezuelan oil imports.

Neither the White House or Rubio responded to a request for comment about Sargeant.

Sargeant insists it is not his concern who rules Venezuela.

“Our business is with PDVSA, the institution,” he said. “We are not into the politics of the situation.”