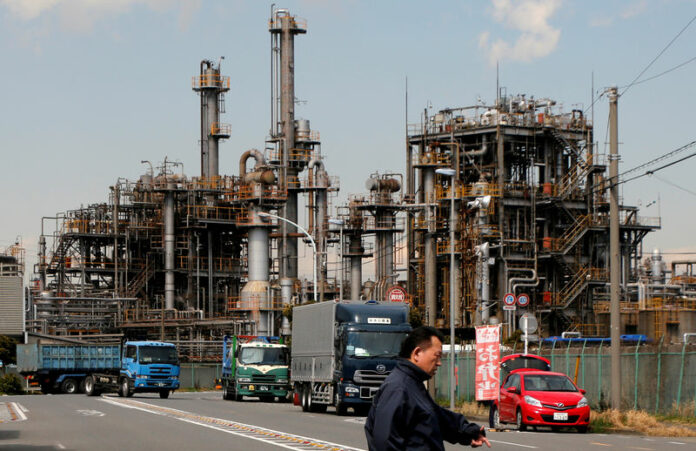 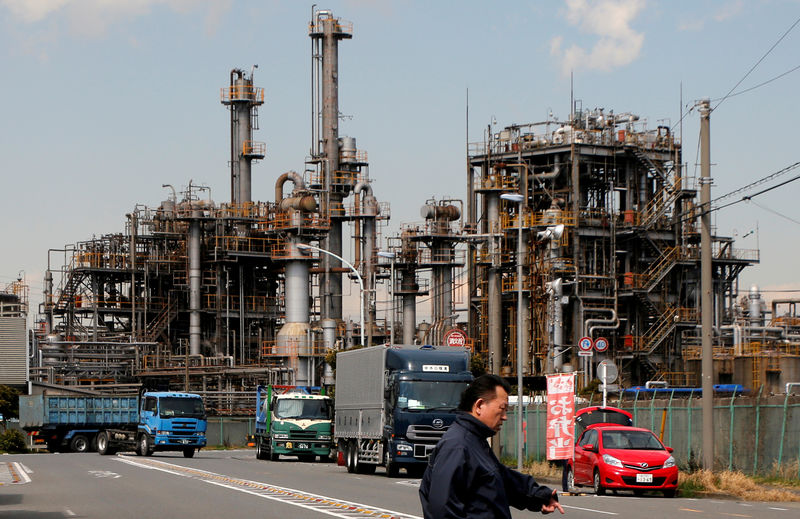 © Reuters. FILE PHOTO: Worker walks near a factory at the Keihin industrial zone in Kawasaki

TOKYO (Reuters) – Japan’s factory output posted the biggest decline in a year in January in a sign slowing Chinese demand and the Sino-U.S. trade war were taking a toll on the country’s manufacturing sector, a major driver of economic growth.

The 3.7 percent fall in output, which closely tracks broader economic growth, was bigger than the median market forecast for a 2.5 percent drop and marked the third straight month of contraction, the data showed on Thursday.

The world’s third largest economy faces a bumpy road ahead with manufacturers surveyed by the Ministry of Economy, Trade and Industry (METI) in the report expecting output to rebound 5.0 percent in February but decrease 1.6 percent in March.

The ministry cut its assessment of output saying it is “stalling”. Previously it was described as picking up gradually.

Japanese policymakers worry that sluggish output may drag on economic growth as exporters curb shipments and manufacturers halt production due to a sharp drop in demand from China in the face of the Sino-U.S. trade war.

U.S. President Donald Trump said earlier this week he may soon sign a deal to end a trade war with Chinese President Xi Jinping if their countries can bridge remaining differences.

Trump has delayed an increase in U.S. tariffs on $200 billion of Chinese goods and extended his March 1 deadline for a deal.

Trump’s decision avoided another escalation in a trade war between the world’s two largest economies that has cost both countries billions of dollars and roiled global markets.

Other data showed a key gauge of Japanese capital spending showed overseas orders for machinery fell the most in more than a decade in December, and business sentiment soured to a two-year low.

Adding to the broader gloom, retail sales grew just 0.6 percent year-on-year in January, slowing sharply from a 1.3 percent gain in the previous month.

On the seasonally-adjusted basis, retail sales dropped 2.3 percent month-on-month in January, a worrying sign for private consumption, which accounts for about 60 percent of the economy.

Japan’s economy rebounded in the fourth quarter as business and consumer spending recovered from the slump caused by natural disasters.