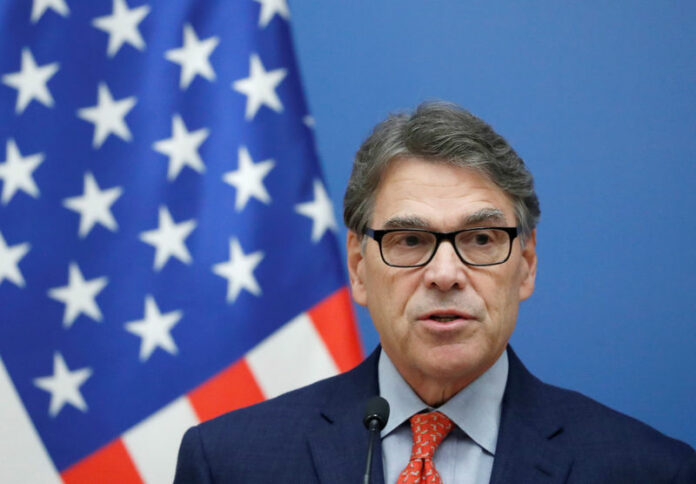 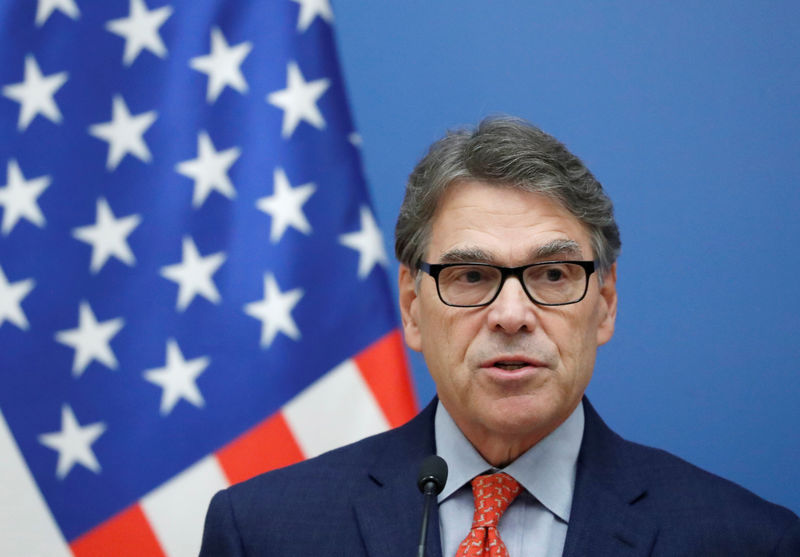 WASHINGTON (Reuters) – The U.S. energy secretary said on Thursday the United States needs to be cautious about legislation allowing the Trump administration to sue OPEC and other oil producers over supply cuts because it could have the unintended consequence of higher prices in the long term.

“We need to be really careful before we pass legislation that may have an impact that goes way past its intended consequences,” Energy Secretary Rick Perry said at a press conference at Department of Energy headquarters.

Perry said the bill could reduce supply management by oil producers in global markets, possibly leading to a glut of oil and lower prices. That could have the unintended effect of eventually pushing many producers out of the market, which would send prices back up, he said.

The House Judiciary Committee unanimously passed on Feb. 7 a bipartisan bill known as the No Oil Producing and Exporting Cartels Act, or NOPEC.

The legislation would change U.S. antitrust law to revoke the sovereign immunity that has long protected OPEC members from U.S. lawsuits. It allows the Department of Justice to sue the oil producers group or any of its members on grounds of collusion.

A similar bill was introduced by U.S. Senator Chuck Grassley, a Republican and a proponent of the corn-based motor fuel ethanol, and Senator Amy Klobuchar, a Democrat.

Versions of the bill have come up in Congress for the last 20 years. A bill passed in 2008 but President George W. Bush never signed the legislation into law.

Oil prices have been generally rising this year as OPEC and Russia stick to supply cuts despite pressure from U.S. President Donald Trump.

Last week a senior administration official said “we do not support market-distorting behavior, including cartels,” when asked whether Trump would support the NOPEC bill.

oil production has risen by more than 2 million barrels per day (bpd) over the past year to a record 12 million bpd, helping to keep markets balanced.