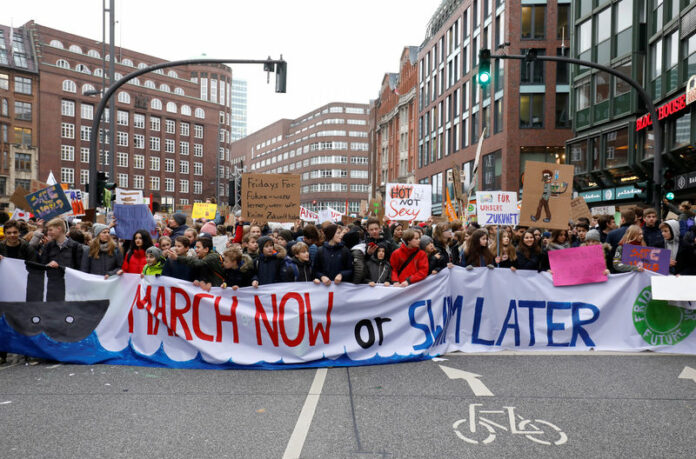 German students walk out of school in climate change protest 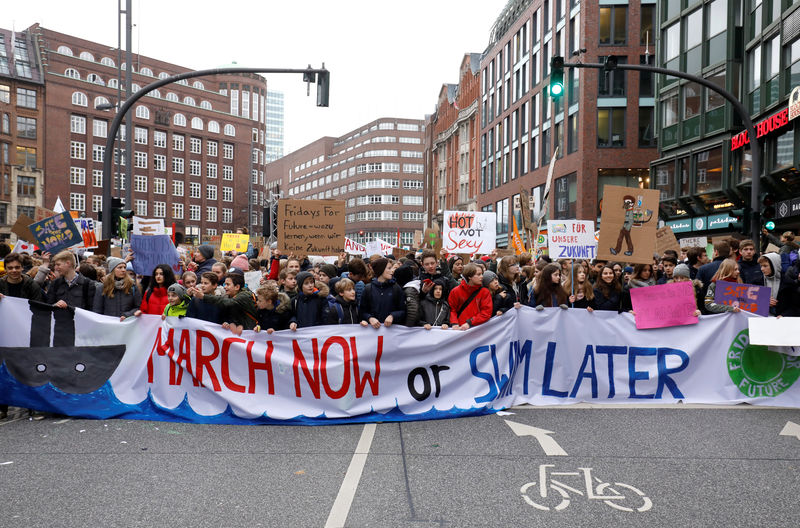 HAMBURG, Germany (Reuters) – Thousands of students in the German port city of Hamburg marched out of school on Friday led by teenage Swedish environmental activist Greta Thunberg to call for more action on climate change.

The protest is part of a global movement known as “School Strike 4 Climate” or “Fridays For Future” launched last August when Thunberg began protesting outside the Swedish parliament on school days.

About 3,000 students marched through the streets of the port city chanting: “We are here, we are loud, because you are stealing our future.”

Thunberg said the school strikes would go on until politicians took firmer action against climate change.

“For way too long, the politicians and the people in power have gotten away with not doing anything to fight the climate crisis. But we will make sure that they will not get away with it any longer,” she said.

The Hamburg demonstrators also demanded an end to coal-fired energy. Germany is planning to phase out coal by 2038 and has imposed higher emission standards on cars, but higher costs for cleaner vehicles and power are concerns for the government and the industry.

Last month the 16-year-old Thunberg joined protests in Belgium, where she won a European Union pledge to spend billions of euros combating climate change during the next decade.

The youth initiative has called for nationwide strikes on March 15 as part of an international day of action by students in which more than 40 countries are expected to participate.

But Ties Rabe, education senator for Hamburg state, said that although he supported the young people’s attempts to make the world a better place: “No one improves the world by skipping school”.