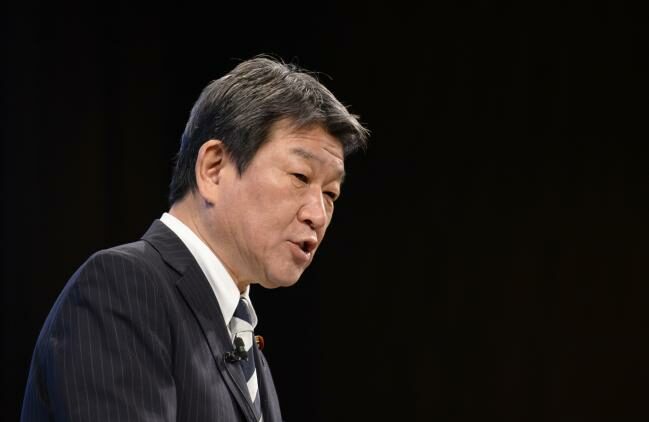 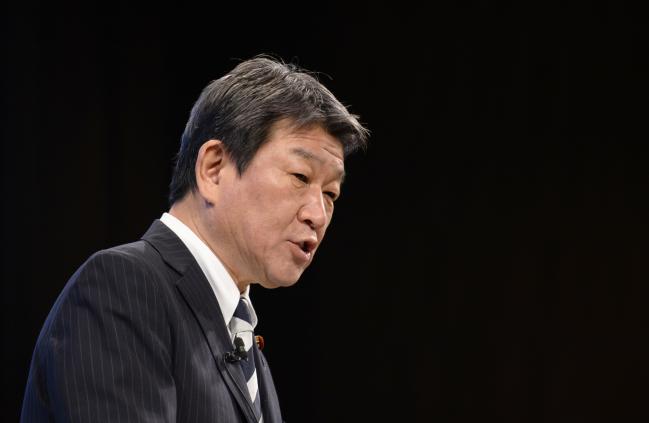 (Bloomberg) — Japan economy minister Toshimitsu Motegi said he wanted to start bilateral trade talks with the U.S. as soon as possible, a day after President Donald Trump turned up tension by complaining about years of “unfair” trade.

Motegi gave no specific date for talks when speaking to reporters in Tokyo Friday. His U.S. counterpart, Trade Representative Robert Lighthizer, told U.S. lawmakers this week that talks were a matter of urgency because U.S. farmers risk losing market share to Pacific and European nations that have already sealed trade deals with Asia’s second-largest economy. He said he planned to visit Japan in March.

Japan, which has sought to lure the U.S. back to a Pacific regional trade deal rejected by Trump, was pressured into agreeing to bilateral talks in September under the threat of higher tariffs on its lucrative car exports. Since then, there has been no apparent progress toward scheduling talks, as Lighthizer wrestles with separate negotiations on a Chinese trade deal.

While Canada, Australia and the European Union have all recently secured new or adjusted trade deals with Japan, the U.S. has not. That will give rivals an edge on prices with a customer that regularly imports about $14 billion a year in U.S. agriculture and farm-related products.

Japan consistently records large trade surpluses with the U.S., its second-largest trading partner, and Trump renewed his criticism Thursday of that imbalance.

“For years, Japan has been sending millions and millions of cars in, and as you know, it’s not been a very fair situation for the United States,” Trump told a news conference in Hanoi, after holding a nuclear summit with North Korean leader Kim Jong Un.

Trump said talks with Japan had already begun. “I think we’ll have a very good deal for the United States,” he added.

Trump, threatening levies of 25 percent, at the end of February received the findings of a probe into whether imported vehicles from places such as Asia and Europe posed a national security threat, the basis for imposing sanctions. He has 90 days to decide whether to act on the findings, which haven’t been published.

On the content of the talks, Motegi said it was “not necessarily correct” that Lighthizer wanted to include currencies in the negotiations, and he expected them to be conducted in line with last year’s agreement between the two governments, which does not mention exchange rates.

In his testimony to U.S. lawmakers, Lighthizer cited currency levels as having been at times a serious problem with Japan and China. Unprecedented monetary easing under Prime Minister Shinzo Abe’s administration has led to a weaker yen, bolstering the country’s exporters.