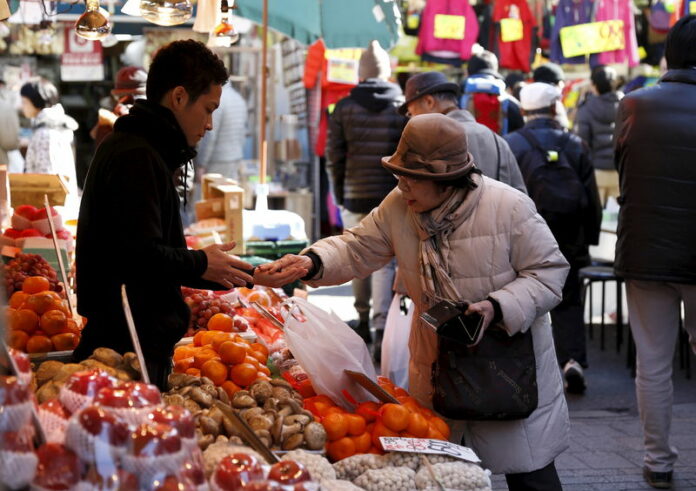 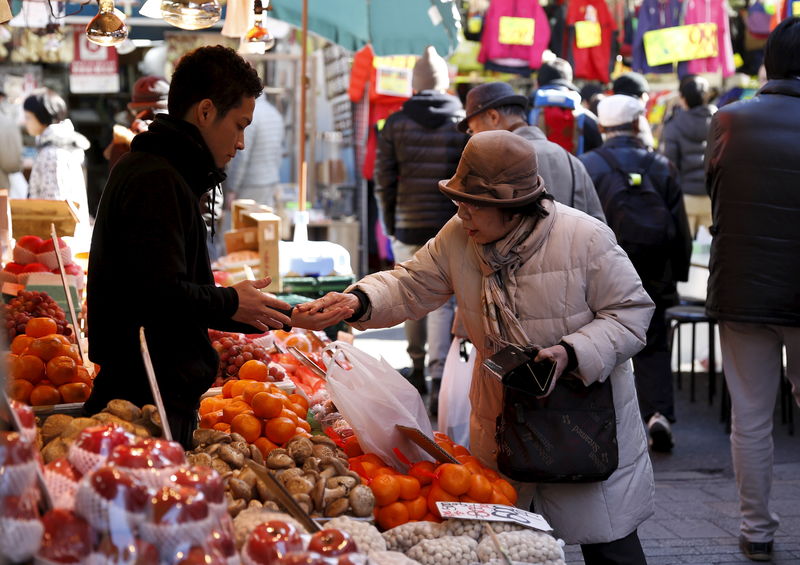 © Reuters. A woman pays money as she buys fruits outside a vegetable store at Ameyoko shopping district in Tokyo

TOKYO (Reuters) – Japan’s household spending likely fell in January as a warm winter weighed on sales of seasonal items, a Reuters poll showed on Friday, and amid broader concerns over the economy following a run of weak data.

Household spending likely slipped 0.4 percent in January from a year earlier, the poll of 16 economists showed, after it rose 0.1 percent in December.

“Consumer spending is not strong but it is marginally growing as a trend. So the situation is not something we need to be seriously worried about,” said Yoshiki Shinke, chief economist at Dai-ichi Life Research Institute.

“Weakness in exports and factory output were prominent in the current economy, while consumer spending has not deteriorated.”

Japan’s exports posted their biggest decline in more than two years in January while factory output fell by the most in a year, in a sign slowing Chinese demand and the Sino-U.S. trade war were hurting the export-reliant economy.

But concerns remain over whether the boost in consumption will be big enough to offset weakness in exports, as faltering external demand and global trade war hurt business sentiment.

The current account balance, which will be released at 8:50 a.m. on Friday, is expected to show a surplus of 179.3 billion yen ($1.61 billion) in January, the poll found, narrowing from 452.8 billion yen in December.

A slowdown in exports to Asian nations is the main reason behind a shrinking in the current account surplus, analysts said.

Data showed capital spending accelerated in October-December in a sign economic growth will be revised up for the quarter, but economists warn slowing global trade may yet hurt activity in the first half of this year.