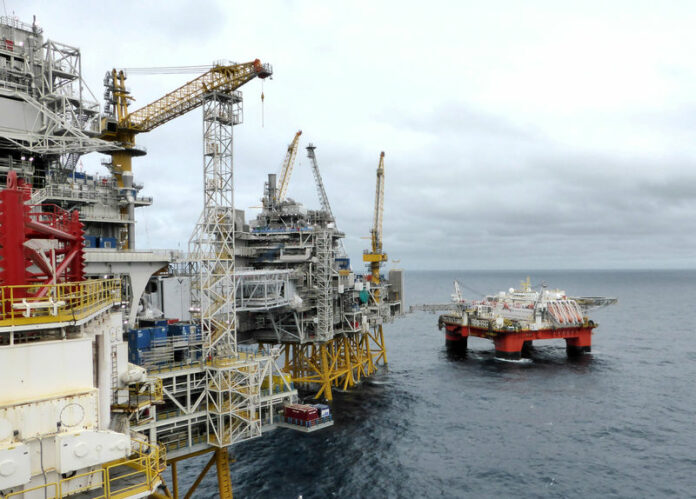 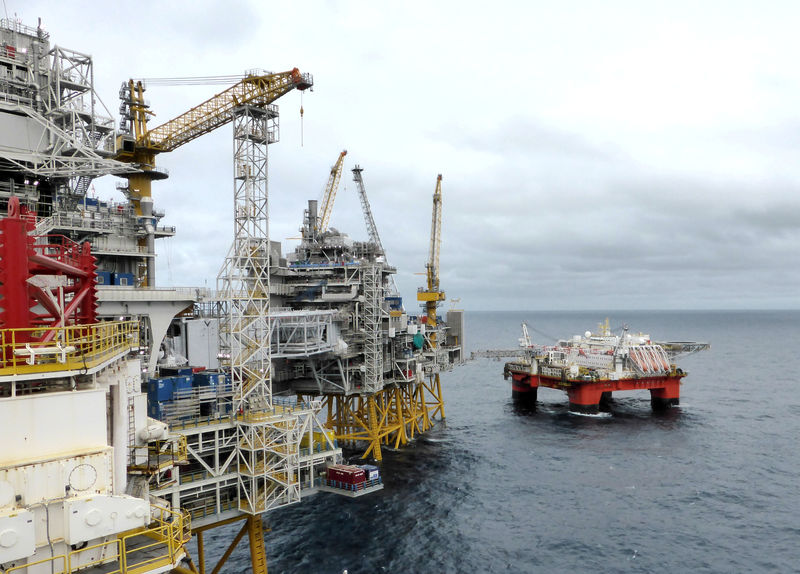 OSLO (Reuters) – Norwegian oil and gas company Aker BP (LON:) is switching emphasis from M&A towards exploration, taking a potentially riskier path to increase its resources after years when it has relied on acquisitions to add the bulk of its new barrels.

The company said the change of tack was prompted by falling exploration costs, partly as a result of new technologies, as well as the rising cost of acquisitions in the energy sector because of stronger oil prices.

“Back in 2015-2016, we acquired resources for 50-60-70 cents a barrel, which is really hard to drill out on the Norwegian continental shelf,” CEO Karl Johnny Hersvik told Reuters in an interview.

“Now, when the drilling and the (seismic) data acquisition cost have come down, and the acquisition costs of the equivalent contingent resources have gone up, it makes sense (to explore).”

Aker BP has added three times more barrels in oil and gas resources through acquisitions than it has found itself since the company was born about three years ago, Reuters calculations show.

The company said it could still make acquisitions if opportunities arose, but declined to make any projections on how many barrels it could buy.

Acquisitions – “inorganic growth” – contributed more than 500 million barrels of oil equivalent (boe) in resources in 2016-18, according to the calculations based on the company’s annual reserve reports and investor presentations.

Aker BP’s own exploration efforts during that period were far smaller: the firm added 148 million boe from discoveries – 83 million in 2016, 10 million in 2017 and 55 million last year.

It cost $1.1 a barrel after tax to find new resources last year.

The company, controlled by Norwegian billionaire Kjell Inge Roekke and 30 percent owned by BP, said in January it was hiking its exploration budget by 40 percent year-on-year to a record $500 million in 2019 and planned to drill 15 exploration wells. It aims to find around 100 million boe net in 2019-20.

Its sharpened focus on exploration is, to some extent, emblematic of a wider industry trend of companies beginning to step up drilling efforts – which were curbed after the 2014 market crash – as a result of technological advances and stronger oil prices.

It could however be a riskier path for Aker BP, whose rapid growth driven largely by M&A helped it weather the downturn better than many peers and has seen its share price more than triple since 2016.

The company, which is solely focused on the Norwegian continental shelf, has had a mixed exploration record. It found a quarter of all new resources on the shelf in 2016, but the following year was disappointing.

“We have drilled too many dry wells,” Aker BP’s exploration chief Evy Gloerstad-Clark told Reuters. “If we want to get to the top we need to get a better exploration processes in place.”

But Aker BP and other firms, including Sweden’s Lundin Petroleum Norway’s largest firm Equinor, are facing a similar challenge: discoveries on the Norwegian continental shelf are getting smaller and smaller.

Aker BP’s strategy during the downturn contrasted with that of its closest rival on the continental shelf, fellow mid-tier player Lundin, which stuck to a plan of organic growth via exploration.

Lundin added only 21.5 million boe from discoveries in 2016-2018, its investor presentations showed. Lundin’s share price growth has lagged Aker BP’s – but the stock has still doubled since 2016, bolstered by reserve revisions at the giant Johan Sverdrup field which the firm found in 2010 and is due to start producing this year.

“With the upturn in the cycle, investors are more focusing on exploration and reserve replacement than a few years ago, when all the focus was on return on capital and dividends.”

French oil company Total is launching its biggest exploration drive for years in 2019, for example, while Chinese oil majors are also stepping up drilling.

Aker BP’s CEO Hersvik said a lesson from past exploration failures was not to put all bets on one or two areas, and to do better homework to pinpoint the best spots to drill.

The company said it would spend about 40 percent of its exploration budget targeting new prospects, while 60 percent will go to drill near its existing hubs.

Gloerstad-Clark also said Aker BP was working to better visualize its drilling and seismic data using specialized software, but this was taking time.

The Norwegian continental shelf is proving an increasingly challenging environment for explorers. In 2011-2017, discoveries averaged under 10 million boe, compared with about 110 million boe in the early years of Norway’s oil industry in 1966-1980.

As a result of these and subsequent deals, including the acquisition of Hess’ Norwegian assets in 2017, Aker BP’s contingent resources – proven resources that could be tapped – tripled to 946 million boe between 2016 and 2018. The company has also amassed a large acreage to explore, with stakes in 156 production licenses.

“It’s a natural evolution that makes sense, but the proof will be in the pudding,” he added.