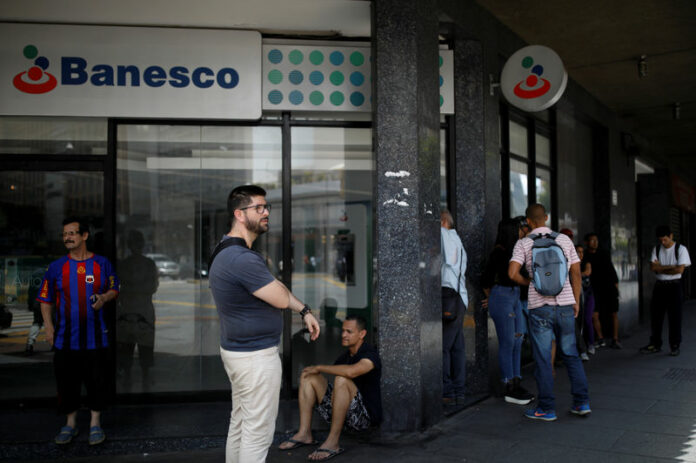 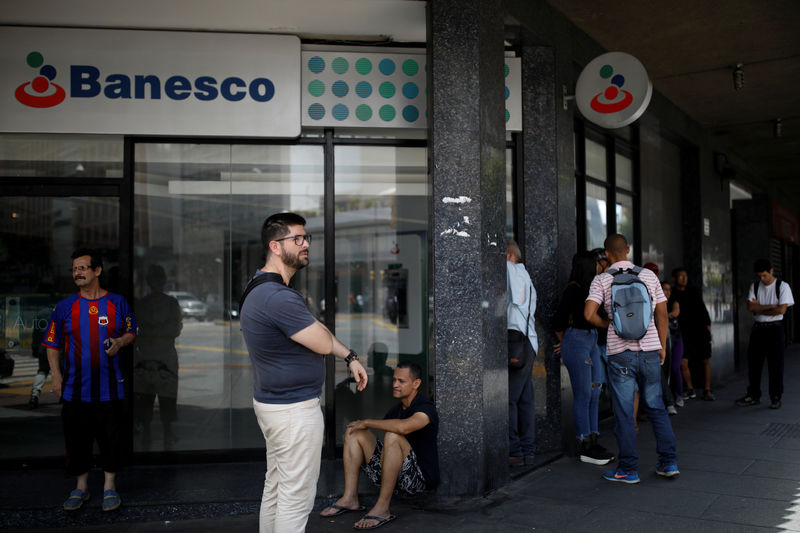 © Reuters. People queue to withdraw cash from the automated teller machines (ATM) at a Banesco bank branch in Caracas

CARACAS (Reuters) – Venezuela’s government has suspended a state intervention of top private bank Banesco after a nine-month investigation into its involvement in foreign currency operations, according to a decree circulating on Friday.

The government of President Nicolas Maduro last May said it was taking over Banesco for “attacks” against the country’s rapidly depreciating bolivar currency. It arrested 11 top executives and held them for nearly two weeks.

Finance Minister Simon Zerpa ordered the suspension of the takeover “in order to protect the stability of the banking system and the interests of savers, customers and creditors,” according to an entry in the government’s Official Gazette dated Feb. 27.

The government, which has maintained a currency control system since 2003, last year eliminated rules barring the purchase and sale of foreign currency in a parallel market.

In January, it allowed banks to sell euros in cash directly to companies seeking to acquire raw materials from abroad, without having to go through the currency control system.

Venezuela is struggling under a hyperinflationary economic collapse that has made basic financial operations difficult as prices rise more than 2 million percent per year.