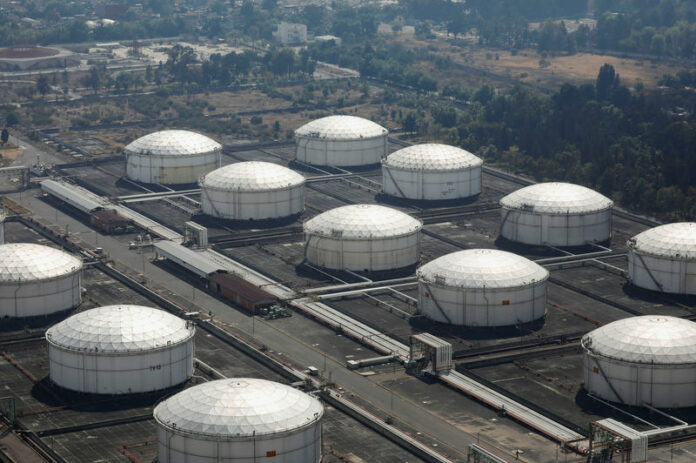 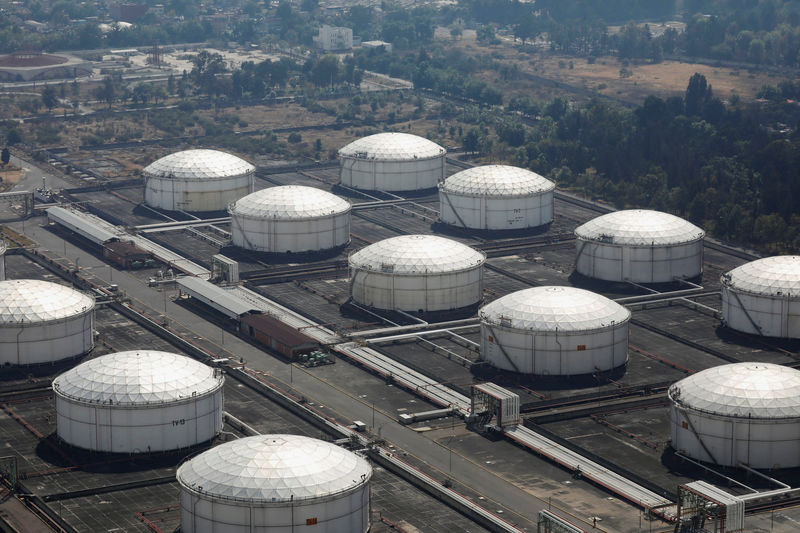 © Reuters. An aerial view of Pemex’s storage and distribution terminal on the outskirts of Mexico City

The New York-based agency maintained the government’s investment grade status at BBB+, but lowered its outlook from stable to negative in a new warning to President Andres Manuel Lopez Obrador’s three-month-old government.

“The combination of Pemex’s weak financial profile and a more active role in the energy sector could raise the risk of higher contingent liabilities for the sovereign,” it added.

The peso currency, which has reacted negatively to recent downgrades, ceased trading for the weekend before S&P published their latest guidance on Mexico.

Pemex has faced mounting scrutiny from investors since its credit rating was cut two notches by Fitch Ratings in late January, putting it just one level above junk status.

The company’s crude production has fallen for 14 consecutive years, and is expected to dip again this year to settle below 1.8 million barrels per day for the first time in decades.

The production slide has weighed on the government’s fiscal health as it implicitly guarantees Pemex finances.

“The negative outlook indicates an at least one-in-three possibility of a downgrade over the coming year,” S&P said.

Pemex’s credit woes could extend to the government, requiring it to fund more rescue packages for the company and significantly raising borrowing costs.

The Mexican government relies on Pemex to provide around 15 percent of total tax revenue while the company struggles under the weight of nearly $106 billion in debt, the highest of any national oil company in Latin America.

S&P also flagged what it described as Mexico’s “poorer-than-expected” economic growth and more centralization of decision-making under Lopez Obrador, arguing that it could weaken the macroeconomic stability of Latin America’s no. 2 economy.