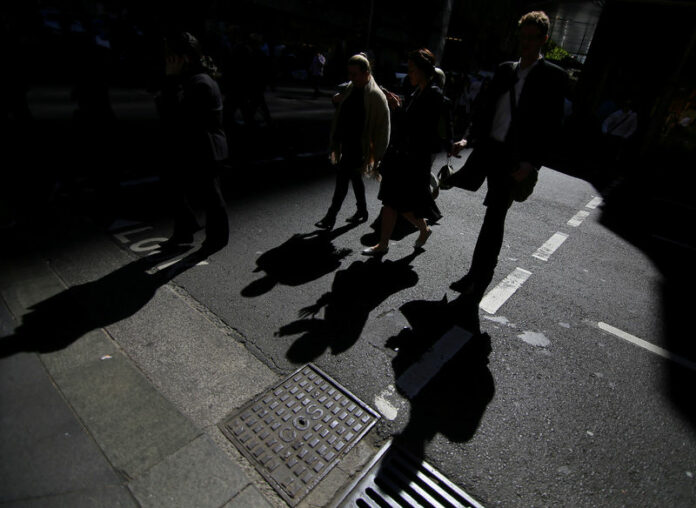 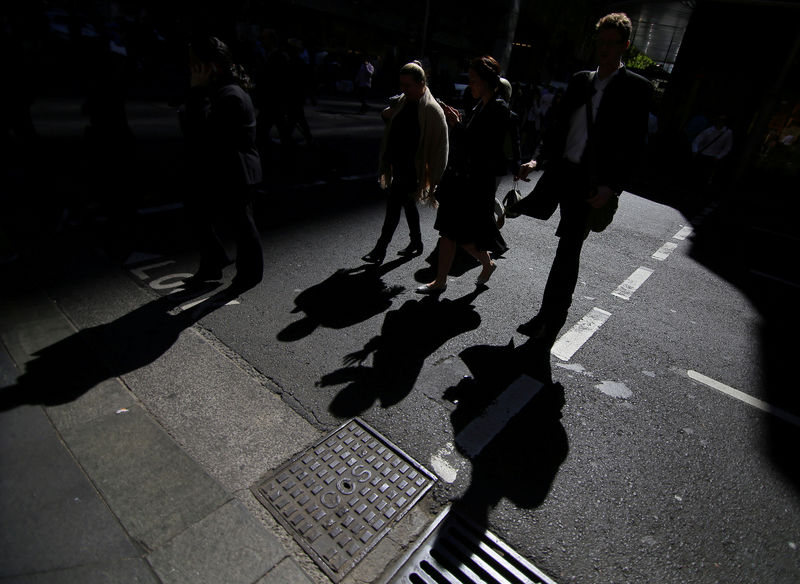 SYDNEY (Reuters) – Australian businesses reported only meager growth in profits and wages for the fourth quarter of last year, a dry spell for incomes that likely saw the whole economy struggle to expand.

A range of data out on Monday also showed home building was heading for a deep hole after years of outperformance, while job ads suffered their biggest annual drop in five years.

The signs were of an economy that has clearly lost traction in recent months and may have grown only marginally in the December quarter, figures for which are due Wednesday.

Annual growth is seen slowing to around 2.6 percent, from 2.8 percent, challenging the Reserve Bank of Australia’s (RBA) optimism for a pick up to 3 percent this year.

The central bank, which holds its March policy meeting on Tuesday, recently warned that a further significant fall in home prices could undermine household wealth and spending, and perhaps warrant a cut in interest rates.

Falling prices combined with tighter bank lending have also sent a chill across the construction industry with approvals to build new homes down 29 percent in February from a year earlier.

While Monday’s figures from the Australian Bureau of Statistics showed approvals bounced 2.5 percent from January, that followed two months of very sharp falls.

“The update pares back some of the concerning weakness that was emerging through the back end of 2018, particularly around non high-rise activity,” said Westpac economist Matthew Hassan.

“However, the through the year numbers are clearly still very weak and dwelling construction will continue to detract materially from growth in 2019.”

PROFITS TOUGH TO COME BY

With consumers cautious, companies were finding it harder to make money. Gross operating profits undershot forecasts with a rise of just 0.8 percent in the December quarter, and that despite a windfall for miners from high commodity prices.

Neither were firms keen to splash out. The wages bill for business rose 0.8 percent in the quarter, only a fraction ahead of employment growth. That implied firms were taking on new workers rather than paying current staff much more.

The resilience of the labor market has been a rare source of comfort for policy makers. RBA Governor Philip Lowe has said rates would only be cut if there was a significant and sustained rise in the unemployment rate, currently at 5.0 percent.

So the latest survey on jobs ads could be a worry.

That was the fourth straight month of losses and left ads down 4.3 percent on a year earlier.

“The labor market has been a key source of strength for the Australian economy over the past year, with the strong gain in jobs and declining unemployment rate providing a material offset to the impact of lower house prices,” said ANZ’s head of Australian economics, David Plank.

“The year ahead looks to be more challenging.”