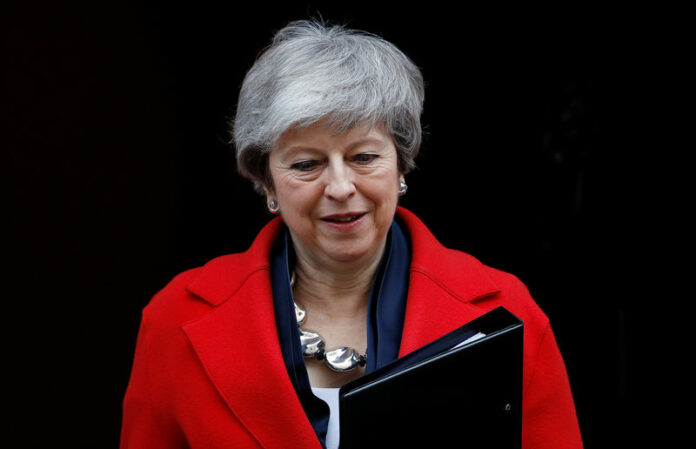 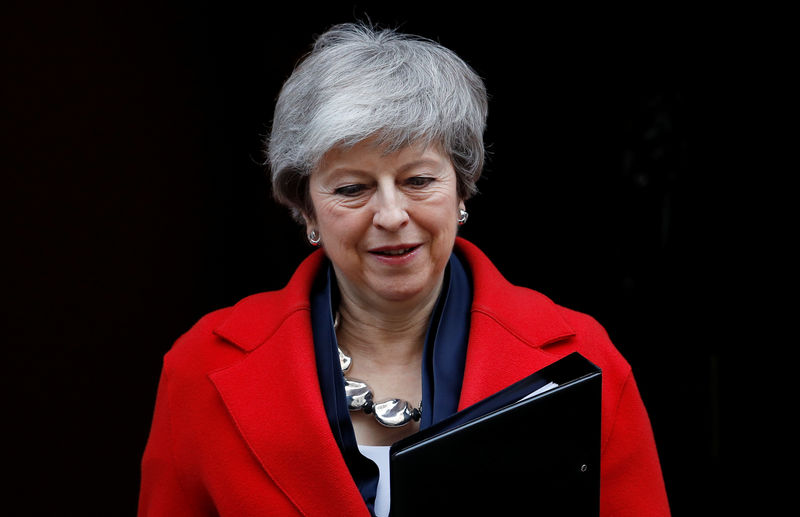 © Reuters. Britain’s Prime Minister Theresa May is seen outside of Downing Street in London

LONDON (Reuters) – British Prime Minister Theresa May will on Monday set out plans for a 1.6 billion pound ($2.11 billion) fund to help to boost economic growth in Brexit-supporting communities with ministers denying it was a bribe to win support for her EU exit deal.

The “Stronger Towns Fund”, details of which appeared in newspapers last month, is seen by many as part of May’s efforts to win support for her Brexit deal from opposition Labour lawmakers who represent areas, particularly in northern England that voted strongly in favor of leaving the European Union.

Britain is due to leave the bloc at the end of the month and May, whose exit deal with Brussels was rejected by a large majority of lawmakers in January, has promised parliament will get to vote on a revised deal by March 12.

The government said the fund would be targeted at places that had not shared fairly in the country’s prosperity and would be used to create new jobs, help to train people and boost economic activity.

“Communities across the country voted for Brexit as an expression of their desire to see change; that must be a change for the better, with more opportunity and greater control,” May said in a statement.

“These towns have a glorious heritage, huge potential and, with the right help, a bright future ahead of them.”

“This towns fund smacks of desperation from a government reduced to bribing Members of Parliament to vote for their damaging flagship Brexit legislation,” he said in a statement.

However, Communities Secretary James Brokenshire said the money was not linked to support for the withdrawal agreement.

“This is funding is there regardless of the outcome,” he told BBC radio when asked if the money was a bribe. Obviously we want to see a deal happening. But no, there is no conditionality in that sense.”

One billion pounds has already been allocated, with more than half going to towns across the north of England. A further 600 million pounds will be available for communities around the country to bid for, the government said.

Critics said that the fund, when divided between a large of areas, would not provide individual towns with that much money, nor make up for what they had lost as a result of government cuts in recent years.

Brokenshire did not say how many towns would benefit but said the money could be “transformative”.

“It can make that difference on creating the jobs, actually putting the skills in place and changing people’s lives in a modern positive economy,” he said.