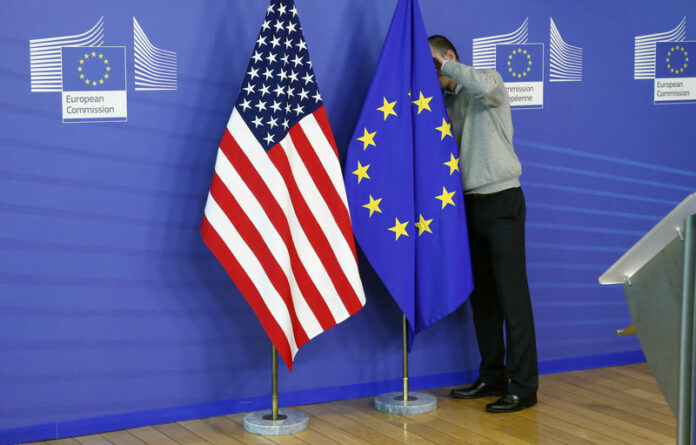 EU set for trade talks with U.S. on March 6 amid concern over tariffs 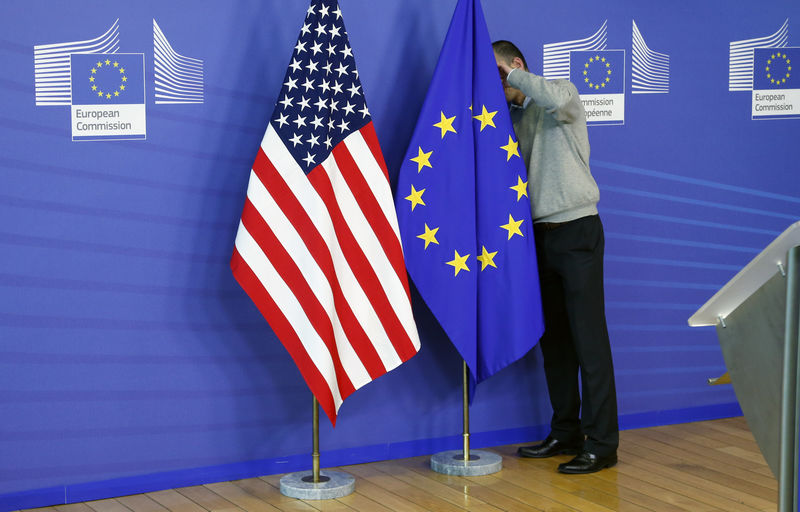 © Reuters. A worker adjusts EU and U.S. flags at the start of the 2nd round of EU-US trade negociations at the EU Commission headquarters in Brussels

BRUSSELS (Reuters) – The European Union’s top trade officials will update their U.S. counterparts this week on progress in obtaining a negotiating mandate for a EU-U.S. trade deal on industrial goods and raise concern over existing and potential future U.S. tariffs.

EU Trade Commissioner Cecilia Malmstrom will meet U.S. Trade Representative Robert Lighthizer on March 6 in Washington and the Secretary-General of the European Commission, Martin Selmayr, will meet the Director of the United States National Economic Council Larry Kudlow on March 7.

The European Union’s executive arm, the European Commission, has the sole responsibility for negotiating trade deals for the whole 28-nation bloc of 513 million people and has been in close discussions with Washington over trade policy since last July to avert the threat of U.S. tariffs on EU cars and car parts.

The European Commission has asked member countries to approve two negotiating mandates so that formal talks can begin. Germany is keen to start quickly, while France is reluctant.

“The discussions will focus on the next steps toward the implementation of the July 2018 Joint Statement and on the EU-US cooperation on World Trade Organization reform and level playing field issues,” Commission spokesman Margaritis Schinas said of this week’s talks.

“The Commission will update the U.S. side on the state of play of the adoption of the negotiating mandates for EU-U.S. trade agreements on industrial goods and on conformity assessment,” he said.

Rather than negotiating a comprehensive trade deal that could take a very long time, the EU is keen to reach a quicker agreement with the United States on trade in industrial goods alone, excluding agriculture that tends to be more controversial.

“The Commission will also raise the EU’s concerns on the tariffs imposed by the U.S. on steel and aluminum products and on the possible consequences of the recently concluded investigation on whether automobile imports represent a threat to the US’ national security,” Schinas said.

Commission head Jean-Claude Juncker said on Feb. 18 that U.S. tariffs on imports of European cars could mean that Europe would buy less soy beans and liquid gas from the United States, imports of which have jumped since July.