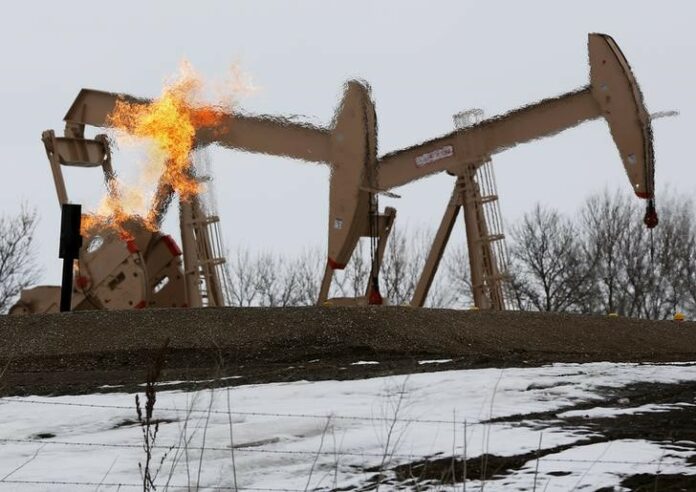 Investing.com – Crude prices traded higher on Monday amid news that the U.S. and China could be and signs that American oil rigs are slowing production.

U.S. President Donald Trump and Chinese President Xi Jinping could seal a formal trade deal at a summit around March 27, given progress in talks between the two countries, the Wall Street Journal reported on Sunday.

The two countries appear close to a deal that would roll back U.S. tariffs on at least $200 billion worth of Chinese goods, while Beijing makes pledges on structural economic changes and eliminates retaliatory tariffs on U.S. goods.

Traders are concerned that the prolonged trade dispute would have a negative impact the world’s two largest economies – particularly on China, the largest oil importer – debilitating demand for the commodity.

Investors also breathed a sigh of relief as the most recent from Baker Hughes showed that U.S. energy firms last week cut the number of drilling rigs to the lowest in almost nine months, suggesting early signs of moderating domestic production growth.

However, some analysts were cautious with Barclays (LON:) warning over the weekend that U.S. oil output would likely increase in the second half of this year.