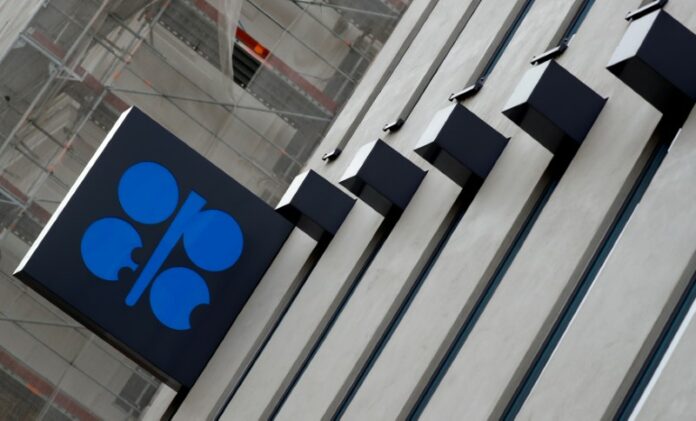 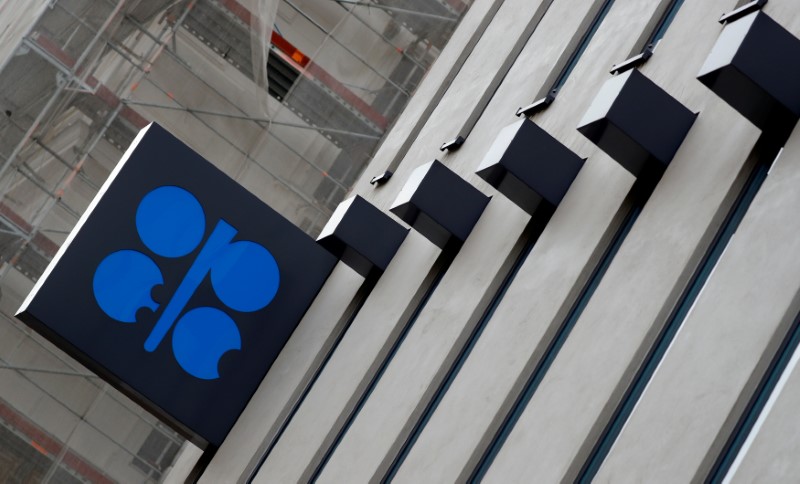 © Reuters. FILE PHOTO: The logo of the Organization of the Petroleum Exporting Countries (OPEC) is seen outside their headquarters in Vienna

DUBAI/LONDON (Reuters) – OPEC and its partners are unlikely to decide on their output policy in April as it would be too early to get a clear picture of the impact of their supply cuts on the market by then, three OPEC sources said on Monday.

The sources said the production policy by the so-called OPEC+ alliance is expected to be agreed on in June with an extension of the pact the likely scenario so far, but much depends on the extent of U.S. sanctions on both OPEC members Iran and Venezuela.

“So far the likely decision is to extend the agreement in June. Nothing much is planned for April, just to discuss the OPEC and non-OPEC (cooperation pact),” one OPEC source said.

OPEC and its allies meet next in Vienna on April 17-18.

Another OPEC source said the most likely outcome of the June meeting was “a rollover” of the current oil supply cuts.

“But production by the exempt countries is already more than 700,000 bpd below the October level. Maybe there will be some adjustment,” the second source said.

On Jan. 1, the Organization of the Petroleum Exporting Countries and its allies began new production cuts to avoid a supply glut that could soften prices. OPEC, Russia and other non-members — the OPEC+ alliance — agreed to reduce supply by 1.2 million barrel per day for six months.

OPEC’s share is 800,000 bpd, to be delivered by 11 members — except Iran, Libya and Venezuela, which are exempt from cuts.

The United States has imposed sanctions on state oil firm PDVSA in January, slowing exports. Output in the country, once a top three OPEC producer, has already been in decline for years due to economic collapse.

Venezuelan oil minister Manuel Quevedo, who was included in the U.S. sanctions list, currently holds the OPEC presidency. OPEC sources say that Quevedo will continue in his post as the exporting group’s president.

Iran is also subject to U.S. sanctions. The sanctions have roughly halved Iran’s oil exports. But in November, Washington granted waivers to some buyers of Iranian crude allowing them to continue their imports as long as they cut the purchases significantly. The U.S. is set to decide whether it will renew waivers to oil-consuming countries on May 4.

“OPEC is now watching whether things are going to be more severe with Venezuela or Iran,” the first OPEC source said.

“That is our concern now.”