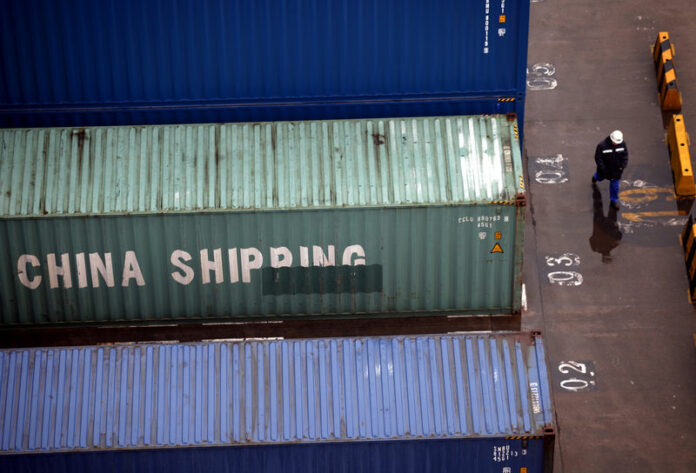 U.S. and China said to appear close to deal to roll back tariffs 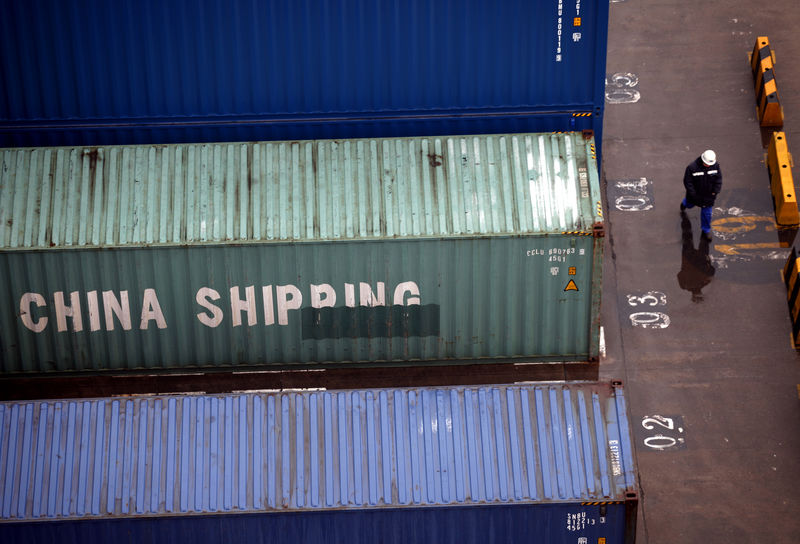 © Reuters. FILE PHOTO: A worker walks past shipping containers at the Port of Shanghai

WASHINGTON (Reuters) – The United States and China appear close to a deal that would roll back U.S. tariffs on at least $200 billion worth of Chinese goods, as Beijing makes pledges on structural economic changes and eliminates retaliatory tariffs on U.S. goods, a source briefed on negotiations said on Sunday.

U.S. President Donald Trump and Chinese President Xi Jinping could seal a formal trade deal at a summit around March 27 given progress in talks between the two countries, the Wall Street Journal reported on Sunday.

In an eight-month trade war, the United States has imposed punitive tariffs on $250 billion worth of imports from China, while Beijing has hit back with tariffs on $110 billion worth of U.S. goods, including soybeans and other commodities. The actions have roiled financial markets, disrupted manufacturing supply chains and reduced U.S. farm exports.

Trump administration officials have said they expect the two presidents to “close” a deal at a summit in coming weeks at Trump’s Mar-a-Lago estate in Florida.

The source briefed on the talks said that no dates for a summit had been determined, but that Beijing had reserved a 10-day window from around March 20 for a possible summit.

Many details still needed to be worked out, including the terms of an enforcement mechanism to ensure that Beijing follows through on pledges to make changes to policies to better protect U.S. intellectual property, end forced technology transfers and curb industrial subsidies.

Another source familiar with the talks said that Washington and Beijing were close to agreement on non-enforcement issues, including China’s pledges to increase purchases of farm, energy and manufactured products, as well as six agreements on structural policy changes.

The Wall Street Journal said that in the pending agreement, China would lower tariffs on U.S.-made goods including agricultural products, chemicals and cars in exchange for sanctions relief from Washington, citing people briefed on the matter on both sides.

The newspaper’s sources cautioned that hurdles remain, and each side faces possible resistance at home that the terms are too favorable to the other side.

As a part of the deal there would be a $18 billion purchase of natural-gas from Houston-based Cheniere Energy Inc, the report said.

Cheniere declined to comment on the potential for a new LNG supply deal with China, a spokesman said. It last year signed a 20-year deal to supply state-run Chinese National Petroleum Corp (CNPC) with from its Louisiana export terminal through 2043.

The United States is working to hammer out a detailed trade agreement with China that will include specific structural commitments, U.S. Treasury Secretary Steven Mnuchin told CNBC on Thursday.

Last week, Trump said the U.S. could walk away from a trade deal with China if it were not good enough, even as his economic advisers touted “fantastic” progress towards an agreement to end the dispute with Beijing.

Trump a week ago delayed a tariff increase on $200 billion in Chinese goods that was previously scheduled to take place on Saturday, citing progress in the talks.