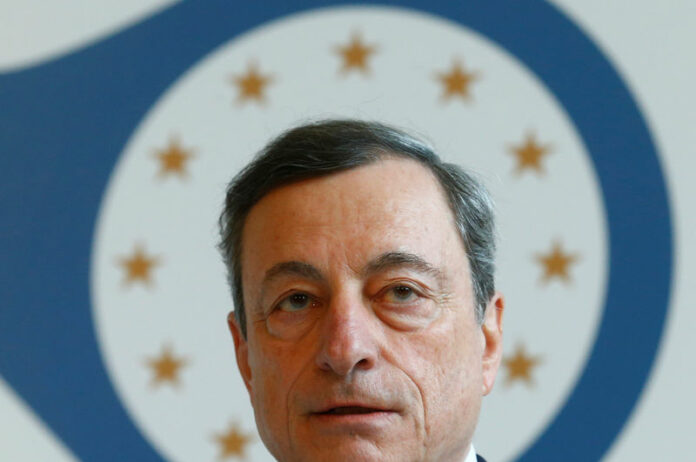 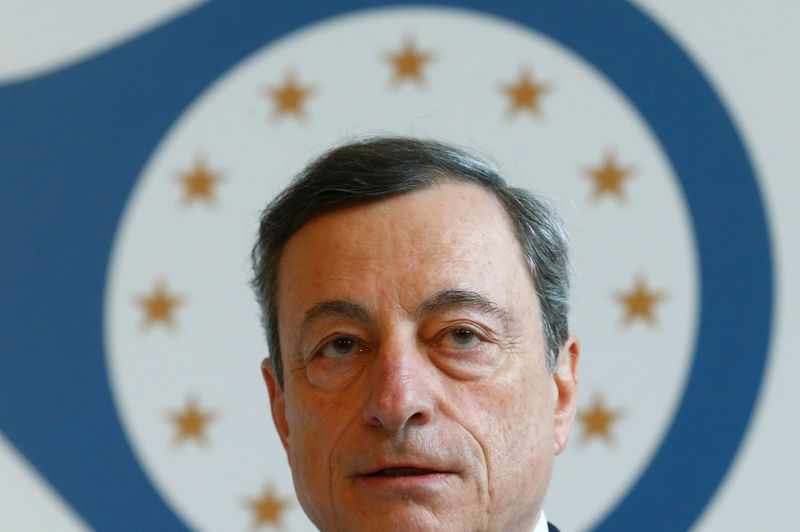 (Bloomberg) — Want the lowdown on European markets? In your inbox before the open, every day. Sign up here.

Mario Draghi revealed the biggest cut in the European Central Bank’s economic outlook since the advent of its quantitative-easing program as policy makers delivered a new round of stimulus to shore up growth.

The ECB President said the euro-zone economy will now expand only 1.1 percent this year, a drop of 0.6 percentage point from the forecast given out just three months ago. A package of assistance from new loans for banks to a longer pledge on record-low rates is intended to expand the institution’s existing stimulus, he said.

“The persistence of uncertainties related to geopolitical factors, the threat of protectionism and vulnerabilities in emerging markets appears to be leaving marks on economic sentiment,” Draghi told journalists in Frankfurt on Thursday. “The risks surrounding the euro area growth outlook are still tilted to the downside.”

The ECB is reverting to stimulus just three months after policy makers decided to end their bond-buying program and hoped to start weaning the euro-area economy off its crisis-era stimulus. Their luck ran out after the export-dependent European economy buckled under the weight of trade tensions, a slowdown in China and the uncertainties around Brexit.

While many anticipated the ECB would act, an announcement wasn’t expected as early as Thursday. That signals the level of concern among Governing Council members, something that’s been echoed across other institutions and central banks in recent days.

The OECD slashed its forecasts for European and global growth, the Bank of Canada said there’s “increased uncertainty” about the timing of its future rate increases, and New York Federal Reserve President John Williams (NYSE:) said the U.S. central bank can be patient about deciding its next move.

“The Governing Council’s decision today shows it’s taking the slowdown in the euro-area economy seriously…Assuming no big shock from trade policy, Brexit or a re-escalation of tension between Rome and Brussels, conditions should be right for the first rate hike in March 2020.”

The ECB’s main move was to revive its Targeted Longer-Term Refinancing Operations with the intention of encouraging banks to provide credit to businesses and customers. The loans will have a maturity of two years, and the interest rate will be indexed to the main-refinancing rate over the life of each operation. Similar to previous offers, the program will have built-in incentives to keep credit conditions favorable.

On rates, it said they’ll stay at current record-low levels at least through the end of the year, several months later than they previously guided.