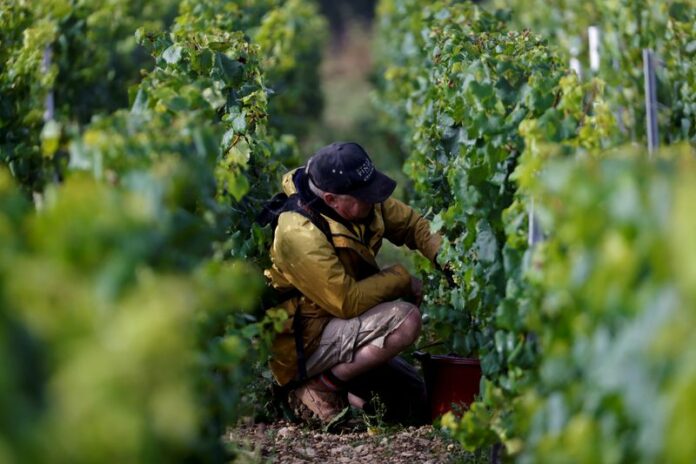 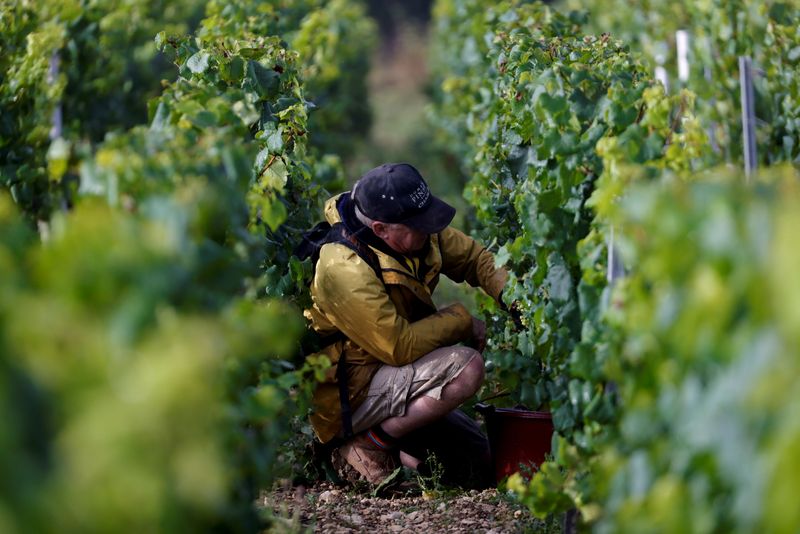 CHABLIS, France (Reuters) – As harvest gets underway, winemaker Laurent Pinson looks at one of his top range grand cru vineyards with relief: by burning large ‘candles’ he protected the vines from sharp spring frosts that ravaged other parts of his estate.

Still, lower overall production will force him to lift prices of his Chablis bottles, most of which go for export.

Wine production is expected to be historically low in France this year after frost and mildew fungus attacks ravaged vineyards across the country. In the Yonne region, which hosts Chablis, famous for its delicate white wines, two thirds of the harvest was destroyed, the farm ministry said.

“All the grand cru (wines) were more spared than the others because of the protections,” said Pinson, who manages the more than 400-year-old wine house. “But on some plots that were completely frozen damage can reach 80%-90%,” he said.

Temperatures plunged as low as -5°C (23°F) in April in wine regions including Chablis in Burgundy, hurting shoots already well-developed because of earlier mild weather.

To limit damage, winemakers including Pinson had put hundreds of candles — cans of paraffin – among the vines to ward off the cold. The result was a deep orange glow from tens of thousands of candles in the early hours.

Other protections included wind towers and water spraying to create an ice layer around buds.

Losses in production will force Pinson to lift his prices of the 2021 Chablis vintage, he said, while overseeing grape picking.

“This will have important consequences both in terms of volumes but also in terms of prices because the markets are a little tight,” he said referring to strong export demand in the past year.

Chablis, located in the northern part of the Burgundy region, produces its fruity, acidic white wine from Chardonnay grapes. Over 70% of the output is exported with key markets in Asia, northern Europe and the United States.

“We know very well that when there is a significant spike in prices the market tends to slow down, but economically increases are inevitable,” Pinson said.