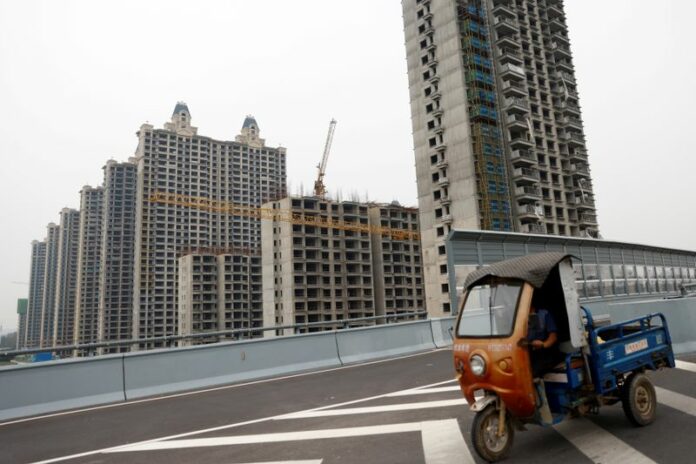 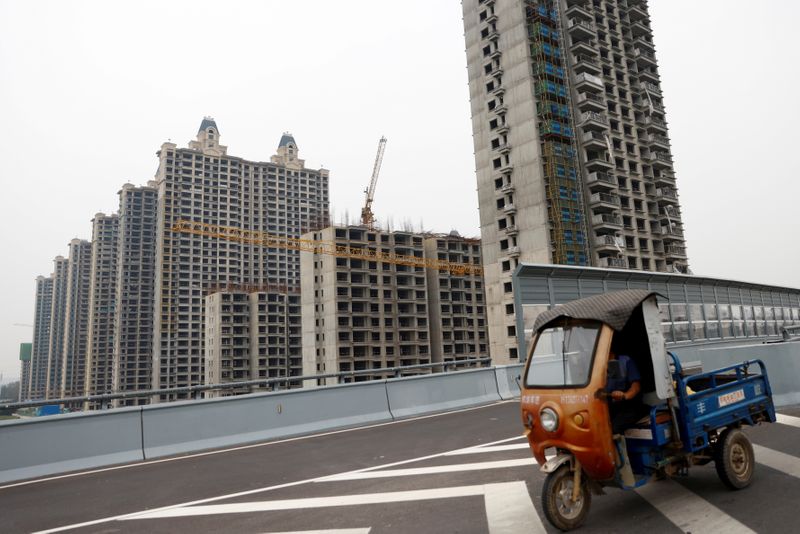 By Anshuman Daga and Andrew Galbraith

Evergrande, Asia’s biggest junk-bond issuer, is so entangled with China’s broader economy that its fate has kept global stock and bond markets on tenterhooks as late debt payments could trigger so-called cross-defaults.

Many financial institutions have exposure to Evergrande through direct loans and indirect holdings, while any defaults will also trigger sell-offs in the high-yield credit market.

In an effort to reassure investors, the People’s Bank of China’s injected 90 billion yuan to the banking system, signalling support for markets as they braced for what is expected to be one of China’s largest-ever debt restructurings.

Evergrande is scrambling to avoid defaulting on a number of bonds with payments due this week and its main unit, Hengda Real Estate Group, said on Wednesday it had “resolved” one coupon payment due on Thursday on its Shenzhen-traded 5.8% September 2025 bond, via “private negotiations”.

It did not specify how much interest would be paid or when, nor did Hengda mention Evergrande’s other pressing debts, leaving it unclear what this means for $83.5 million in dollar bond interest payments due on Thursday.

Evergrande did not immediately respond to questions about its deal or its intentions.

But engagement with bondholders, a common way to avoid default, on top of chairman Hui Ka Yuan’s vow this week that Evergrande would “walk out of its darkest moment,” cheered investors and soothed markets more broadly.

“These events seem to suggest that the company is taking control of the situation and is trying its best to work out a solution with creditors,” Singapore-based Dexter Tan, a senior fixed income analyst at Bondsupermart.com, said.

Evergrande, which epitomised the borrow-to-build business model and was once China’s top-selling developer, also has a $47.5 million dollar-bond interest payment due next week.

“We do not have a clearer picture as how Evergrande settled its onshore coupon,” Singapore-based Chuanyi Zhou, a credit analyst at Lucror Analytics, said.

“It doesn’t look like a cash payment. It may still miss the coupon on offshore bonds due tomorrow.”

Evergrande’s woes have seen its shares fall 85% this year. The concerns have reverberated throughout China’s property market.

Shares of R&F Properties and Sunac China have both slumped around 50% year-to-date, Shimao is down more than 40% and Country Garden and Greenland Holdings have shed 30% and 20%, respectively.

Its dollar bonds maturing next year and in 2024 remained below 30 cents on the dollar.

In the wider market, the U.S. dollar slipped while the S&P 500 rebounded from recent losses. (N)

Analysts have been downplaying the risk that a collapse threatens a “Lehman moment”, or liquidity crunch, which freezes the financial system and spreads globally.

Only some $20 billion of $305 billion outstanding debts is owed offshore, according to Refinitiv data.

But the risk of failure remains high, particularly if offshore bondholders are less willing than those in China to cut deals, and the fallout has already begun to trigger tremors in the property market of the world’s second-largest economy.

“There are now comparisons being made between Evergrande with the collapse (of) Lehman Brothers and the crash in the U.S. housing market, with many analysts dismissing this comparison,” wrote Sebastien Galy of Nordea Asset Management in a recent note. “The reality is that it will take weeks to figure out the impact on growth given the impact on the real estate market.”

There is also mounting political pressure to act as the anger of retail investors with their savings sunk in Evergrande properties or wealth management products swells.

Asked at a regular daily briefing on Wednesday whether China would take measures to intervene, foreign ministry spokesman Zhao Lijian only referred to the “responsible departments”.

Some funds have been increasing their positions in recent months. BlackRock (NYSE:BLK) and investment banks HSBC and UBS have been among the largest buyers of Evergrande’s debt, Morningstar https://www.morningstar.hk/hk/news/215418/whos-buying-evergrandes-bonds.aspx?lang=en-hk data and a blog post showed.

Still, many market participants believe the fallout from Evergrande is likely to be contained.

“Despite the worry, so far this looks like a corporate bankruptcy and not something worse,” said Brad McMillan, chief investment officer for Commonwealth Financial Network in a recent note. “It’s a big one, to be sure, but one that can be handled within the system.”