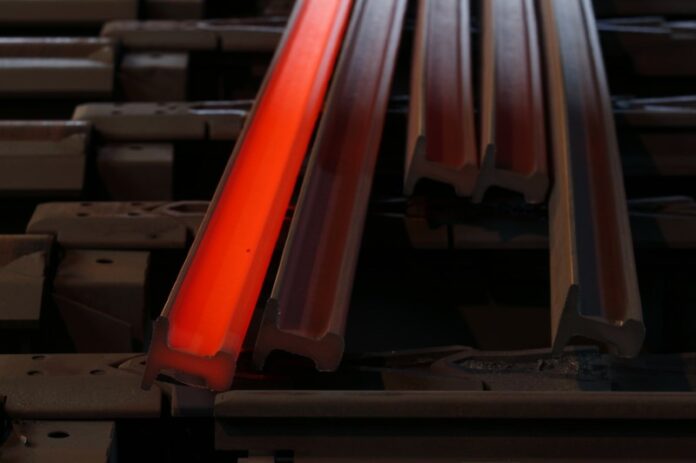 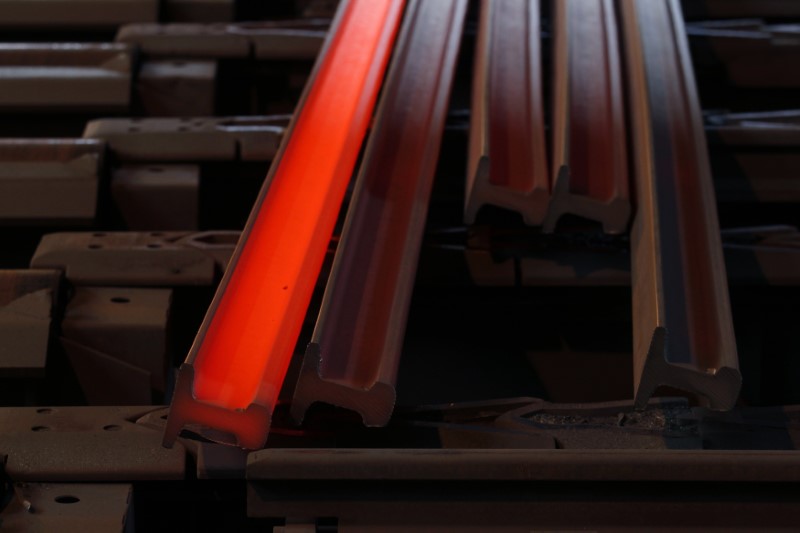 In Singapore, iron ore futures climbed as much as 13.4%, surging back above $100 a ton from their lowest close in sixteen months. Events around Evergrande spooked the market earlier in the week and the steelmaking material was already oversold, said Atilla Widnell, managing director of Navigate Commodities.

Still, analysts warn that China’s steel sector faces prolonged headwinds. The steelmaking ingredient, which was in the vanguard of this year’s commodities boom, has plunged 60% from a record above $230 a ton in May. Curbs on steel output, alongside a property crackdown and concerns about a power shortage, have hammered iron ore demand in China.

“With a continuous rollout of energy-consumption curbs, mill maintenance works have been expanding, and volumes of construction steel in particular have slid massively,” said Haitong Futures Co. analyst Qiu Yihong. Demand has also been disrupted by Covid-19 cases, bad weather, and broader weakness in property, manufacturing and automobiles, she said.

The iron-ore demand squeeze could continue as China’s now mature steel sector faces further caps on production, which plunged to a 17-month low in August. Jiangsu — a province with an economy as large as Canada’s — has curbed electricity supplies to firms including mills.

As a consequence, iron ore will come under more pressure, falling to $80 to $90 a ton heading into next year, said UBS Group AG (SIX:UBSG) strategist Wayne Gordon.

The fallout has been wide-ranging. After the iron ore boom delivered record dividends to the world’s top miners, BHP Group (NYSE:BHP) and Rio Tinto (NYSE:RIO) Group have since slumped as prices declined.

So far, iron ore has averaged about $178 a ton this year, according to Mysteel Global figures. UBS now expects the full-year average to decline to $163 a ton and forecasts just $89 for next year. Liberum Capital Ltd. is forecasting $93 a ton next year.

The biggest problem for China’s mills is uncertainty, according to an executive at one large steelmaker. Output curbs are strict, but there is still the possibility of government stimulus, while producers are wary of making iron ore purchases given the risk of further price declines, said the executive, who asked not to be identified as he isn’t authorized to speak to the media. The surging price of metallurgical coal has also made it harder for steelmakers to hedge.

As demand wanes, miners are rushing to export iron ore to meet full-year targets. Vale SA’s shipments jumped 12% week-on-week, and Brazil cargoes should continue rising into the year end, according to vessel-tracking data from UBS. Port inventories, at 41-days worth of usage, have pushed down prices, the bank said in a report Tuesday.

The bearish outlook for iron ore has prompted UBS to cut its recommendation for Fortescue Metals Group (OTC:FSUGY) Ltd. and Vale to sell. One smaller Australian producer was forced to suspend operations just after one shipment.

Still, big miners remain profitable: mining costs at Rio Tinto, for example, were between $18 and $18.50 a ton this year.

“Today’s price, given where the cost base of the Australian producers’ sit, is still a very good price,” said David Radclyffe, senior mining analyst at Global Mining Research Pty Ltd. “It wouldn’t have been too long ago when we’d have said this is a good price for those producers.”

The contract in Singapore jumped to as much as $105.20 a ton, before trading at $105 by 4:29 p.m. local time. Iron ore futures on the Dalian Commodity Exchange closed 6.3% higher, and steel futures in Shanghai gained, as trading in China resumed after a two-day public holiday.